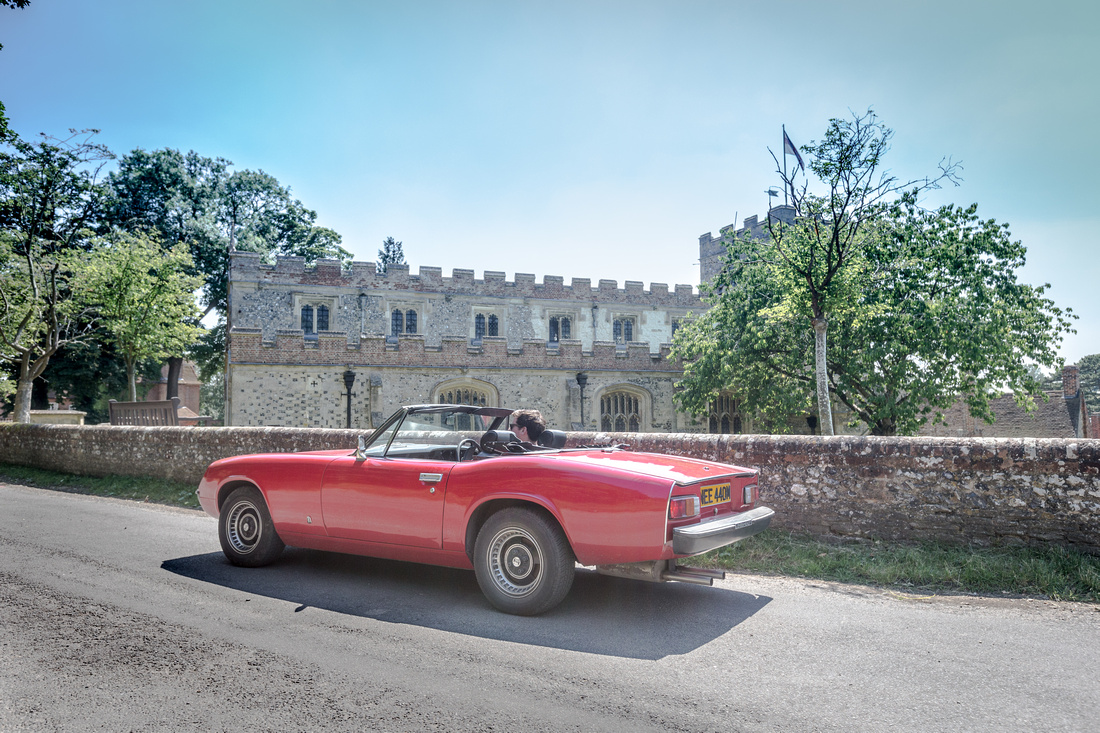 Nicks face cracks into a bit of an impish grin. 'It was my young cousin' he replies, 'when he first heard it start he said it was very roary, the name stuck'.

Roary, or Rory, I didn't get into the exact way Nick chooses to spell his British classic's name, is one of the 10,000 Jensen Healey's produced and was first registered way back in 1973. Now I don't know Nicks exact age, but I'm fairly certain he is nowhere near that vintage, so why an old Brit car like this? They say we are products of our environment and quite simply Nick was bought up with cars. His parents have owned several classics and competed in rally's for as far back as he can remember. So it was only natural he would get the bug. But why the Healey? It seemed a good price was the answer, not to mention it's a cracking car and reasonably rare. Produced for the American market, 7000 of the 10,000 produced made the boat trip across the pond. 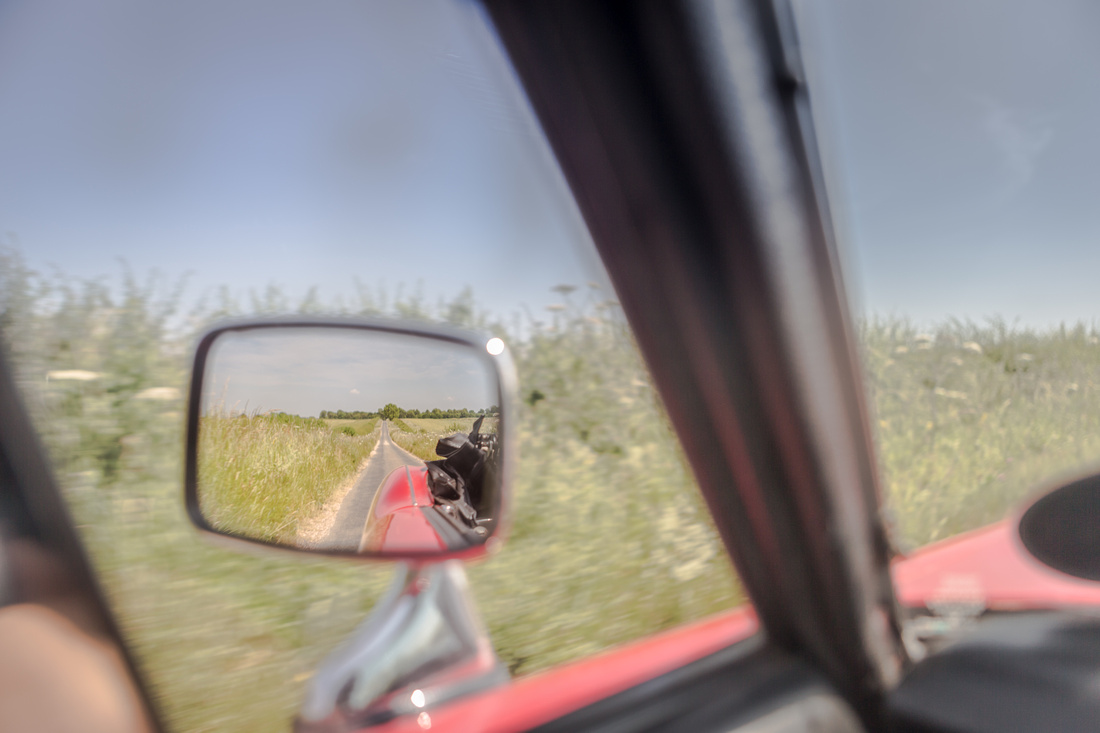 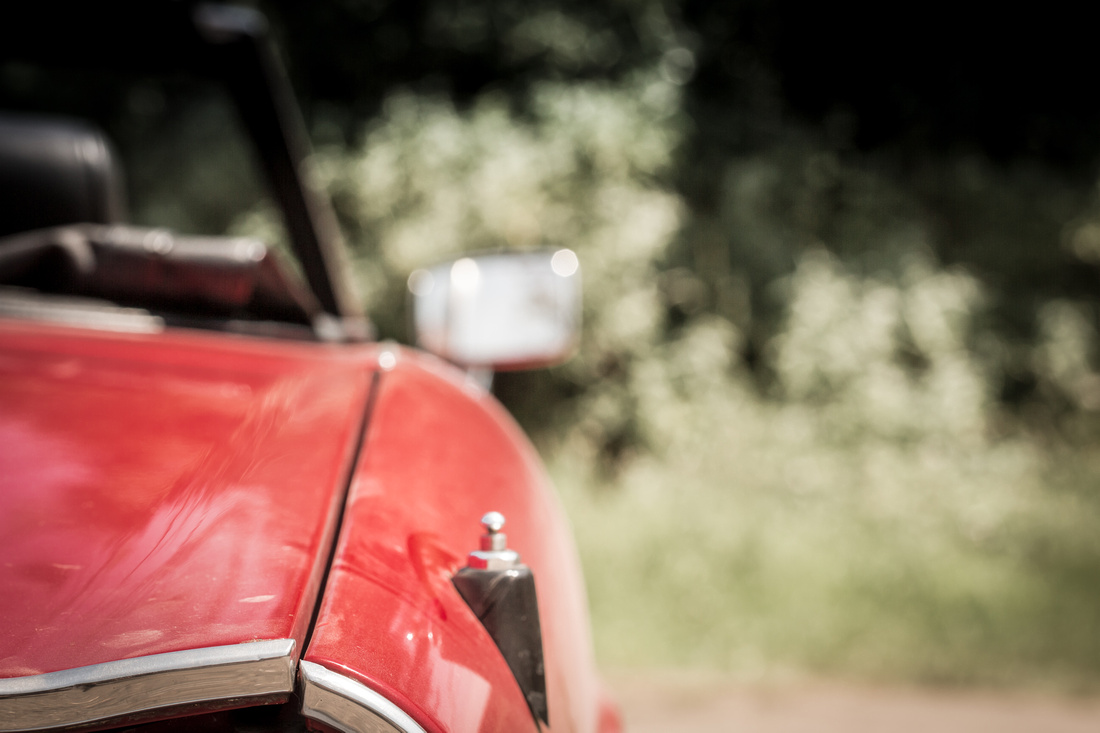 This particular example was featured in Auto-car magazine way back in 1980, a year in which it had won the Jensen Owners Club concours. To look at it today it would be fair to say it's showing the lines of age somewhat. But, as far as I'm concerned this is no bad thing. I'm a firm believer that cars were built to run, not be museum pieces and I would rather see a machine with a bit of patina than a immaculate display piece. Blemishes and scars aside, the Healey is still a beautiful thing, and is instantly recognisable as svelte and perky little sports package. Slightly less imposing than the Triumph Stag, but with a bit more about it than the MGB, for me it's the perfect mix of cute but business like. 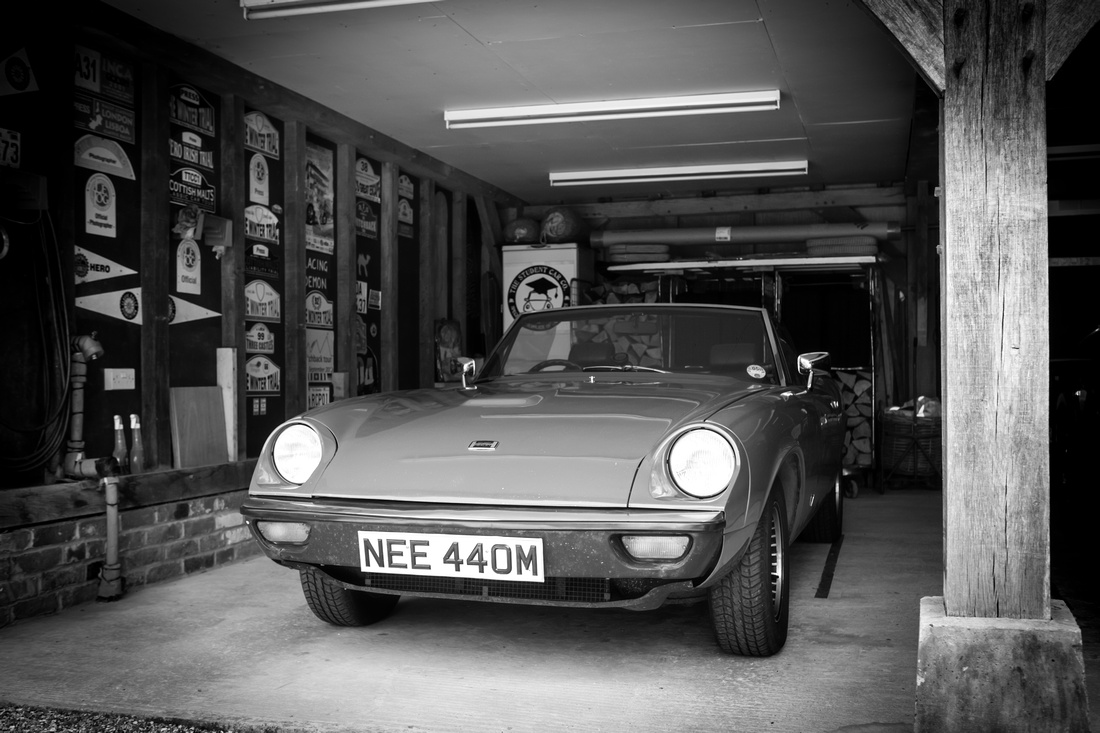 As soon as I see the nose of the car poking out of the garage I'm itching to get it fired up and listen to the 16-valve Lotus engine bark in to life, get it out of the garage and on the open road. Nicks happy to oblige and the 40 something motor fires almost instantly, emitting a glorious burble from its exhaust. A little blip of the throttle and Rory does exactly what it says on the tin. Now Nick isn't one for waxing on about mechanical details, whereas I can jabber on all day about the engineering of a car, he's more someone that appreciates aesthetics and the drive. So that's exactly what we do, hop into the thing and get out onto some of Oxfordshire's quieter country roads. She, sorry, he's a delight. Punchy, noisy, rattly. The car feels alive, the drive is exciting, but don't mistake that with something that's falling to bits, because it's not. The car's tight and nimble, as it ought to be. I almost forget I'm supposed to be taking pictures as I enjoy the brisk bounce along the backroads, top down, sun blazing. It's a beautiful day to be in an old open top sports car. 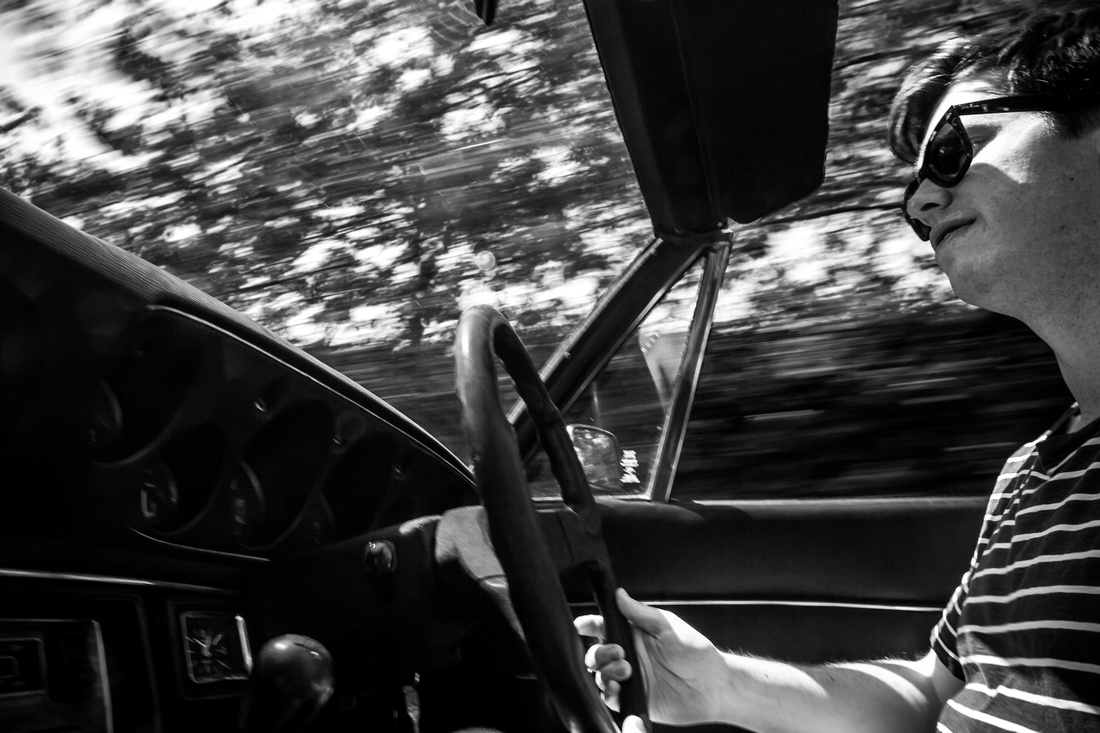 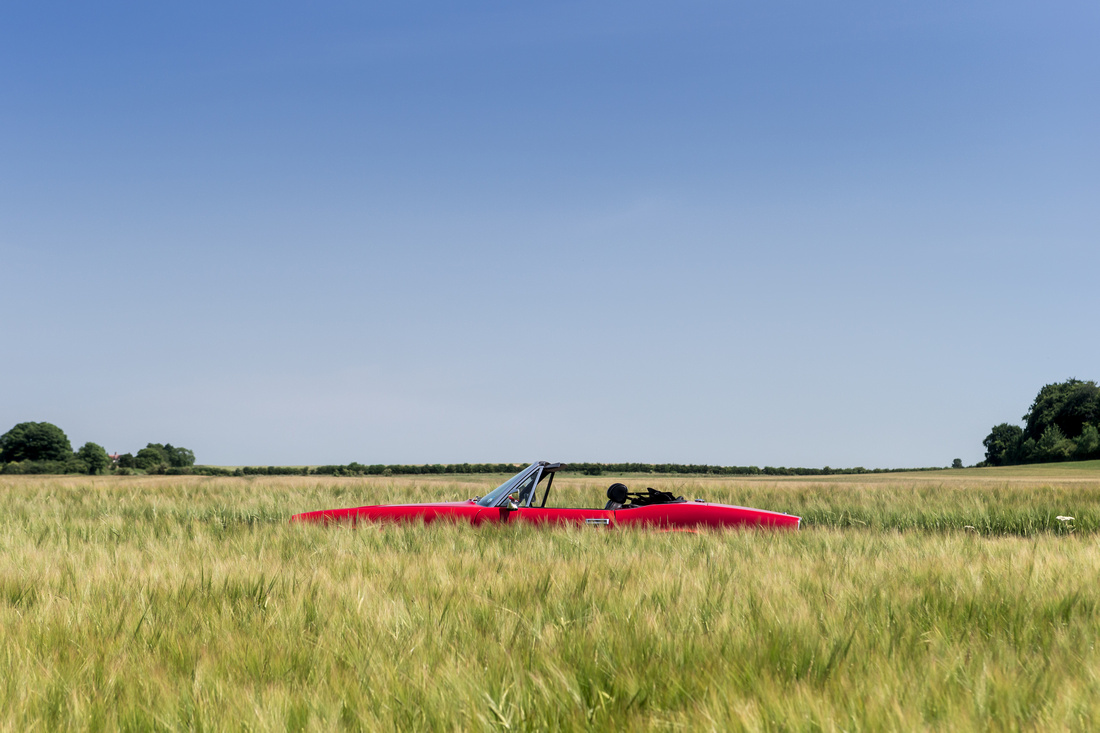 As we crack along we stop on occasion so shoot some photo's, against stunning countryside befitting of the equally beautiful car. Those lines, that bonnet hump and the classic twin pipes. I myself was bought up on a diet of Triumphs, so for me the Jensen is a treat. I'm enjoying finding new bits to admire through my lens and every town we pass through gains more admirers of this cracking motor. It's hard to ignore the raucous exhaust note, it seems to edge you on to go faster, thank fully the brakes work or this devils work would have resulted in the both of us and Rory having a surprise encounter with a VW Amarok. I think I know who would have won. We're all enjoying it though, including the car, that just seems to become more and more eager to please as the day goes on. 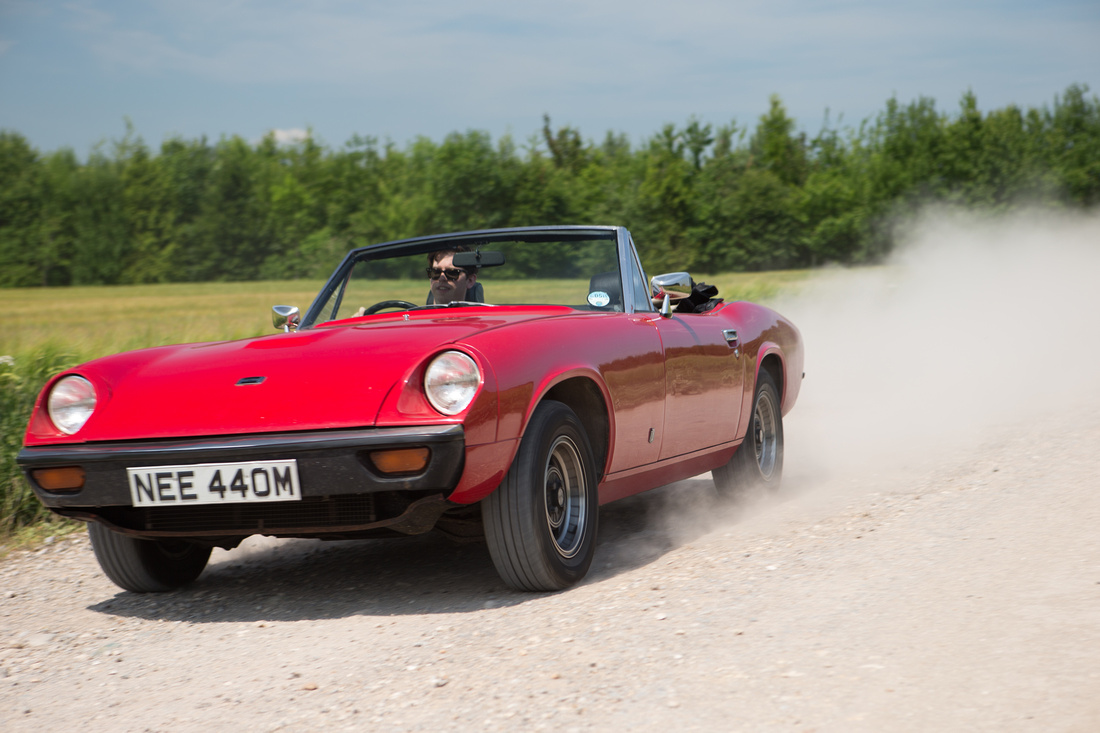 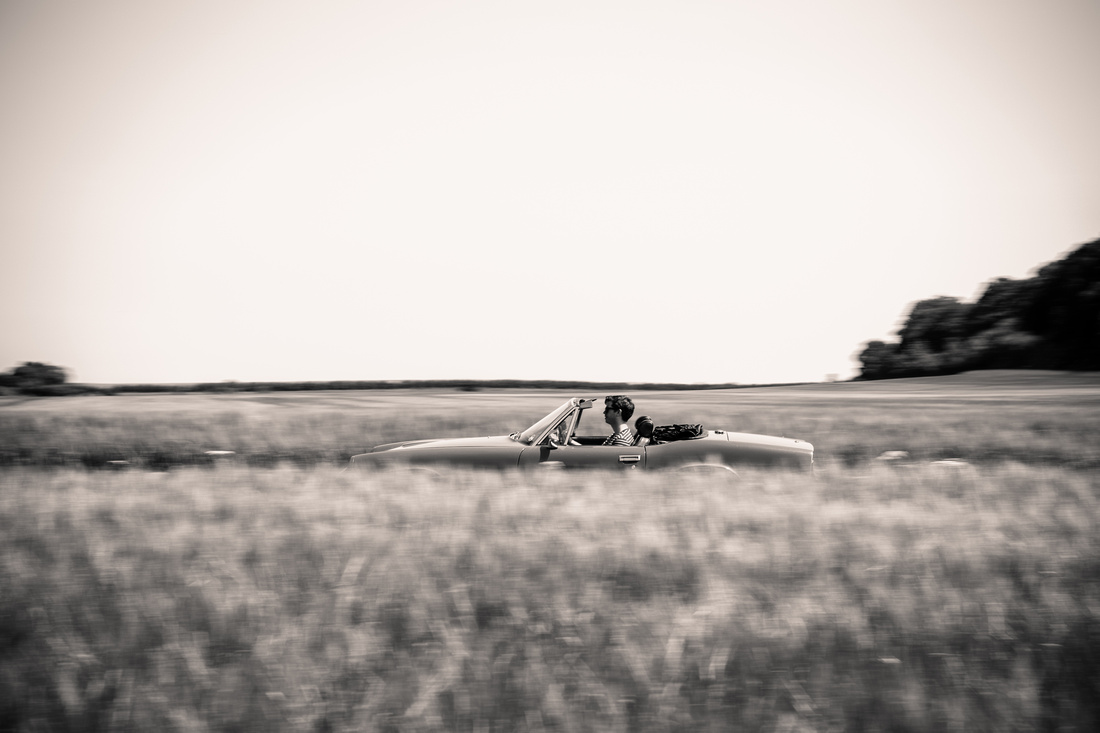 Soon it's time to stop for a bit of refreshment. The Lord Nelson pub happily obliges and the car looks resplendent outside. In fact with no other vehicle in sight you could be forgiven for thinking you had been transported back to another era. I suppose that's the magic a classic car can create. It doesn't matter that there's scrapes and grazes on it, or that the paints bubbling in places. It doesn't matter that it makes the odd noise it shouldn't. It doesn't even matter that Nick isn't a technical anorak. All that really matters is that this car is out on the road, being enjoyed by its owner and all those that see it and that the Rory creates some magic for Nick. Surely this is the reason these cars were made in the first place?

Well, whilst you consider that, Rory is peeking at me through the doorway of the pub. I'm off for another drive... 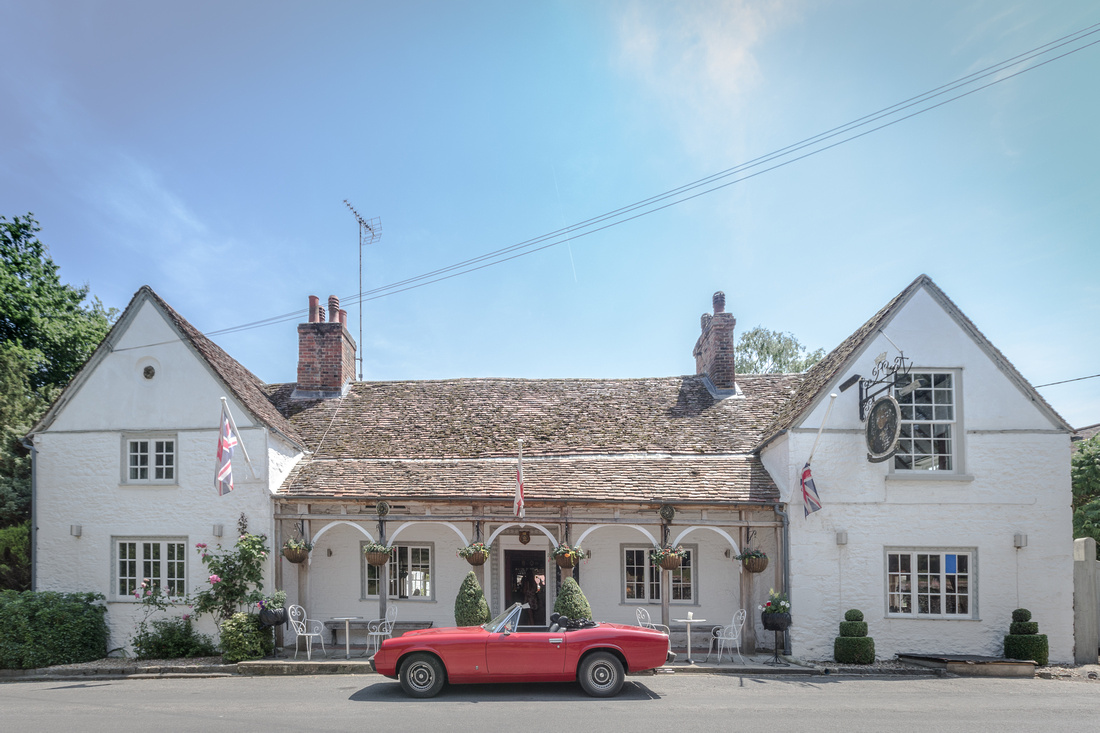 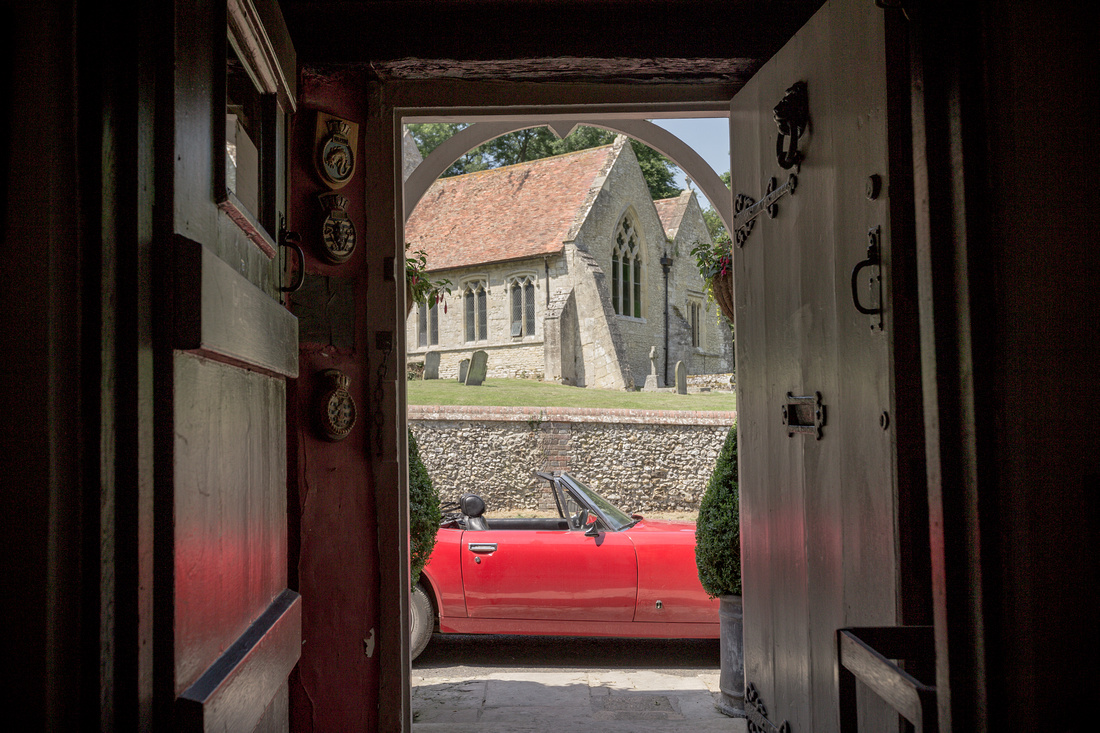