It’s a funny thing, motor racing. Sport in general I guess. We watch it and participate in it because it can bring us so much joy and happiness, yet it can do the exact opposite as well. Almost a self-imposed bi-polar condition, jubilance one minute followed by frustration and failure the next. Each end of sports spectrum was displayed for all to see this weekend just gone, at the finale of the British Superbike Championship, with a massive shift in power between the two main protagonists played out against the natural amphitheatre of Brands Hatch in Kent. 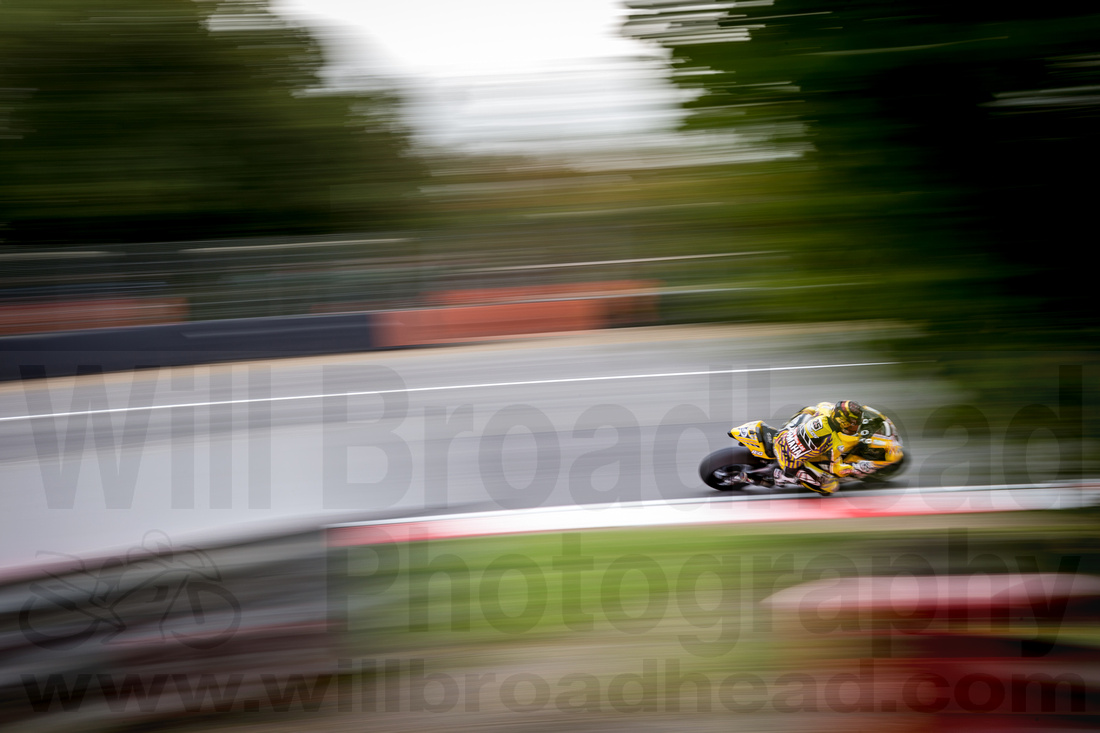 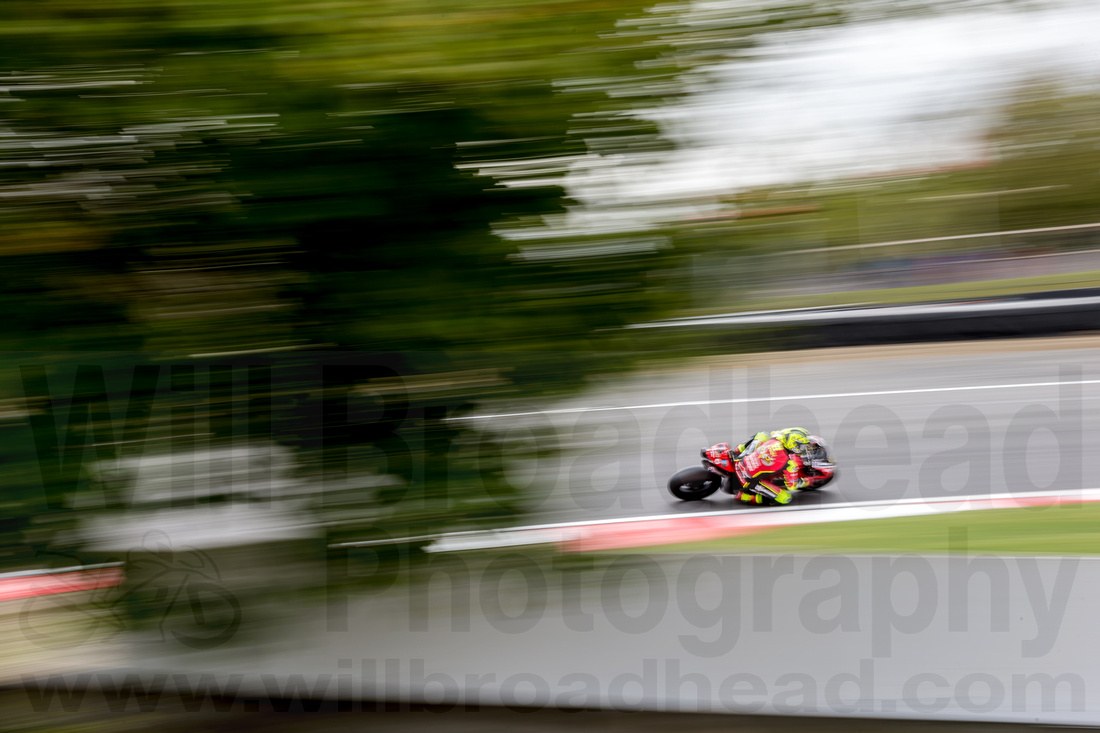 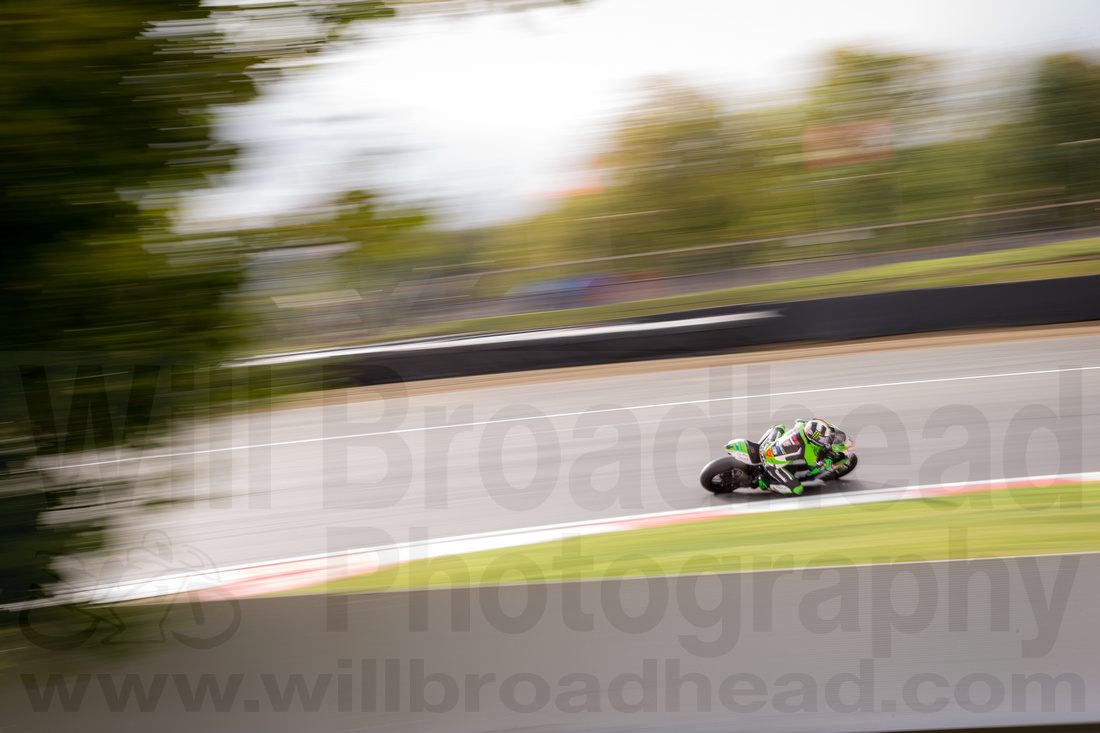 Going into the weekend the stand out favourite had to be Derbyshire and Kawasaki’s Leon Haslam, a healthy points advantage and the form man during the showdown rounds, surely it was his championship to lose? Mathematically, four other men had a chance of winning the series but defending champion Shane ‘Shakey’ Byrne was surely in the best position to mount a serious challenge, with five titles under his belt already this is a man that knows how to bring a trophy home. I’m sure many a pound note backed Shakey to get the job done in his back yard, Brands being his home track. On the quiet though, I had an idea that Aussie Josh Brookes could come on song at the right time and with the pressure and spotlight on Haslam and Byrne, sneak largely under the radar during the weekend and capitalise on mistakes made by the former. Not forgetting that he is a former champion in his own right, a claim that could not be boasted by his Ninja mounted rival. 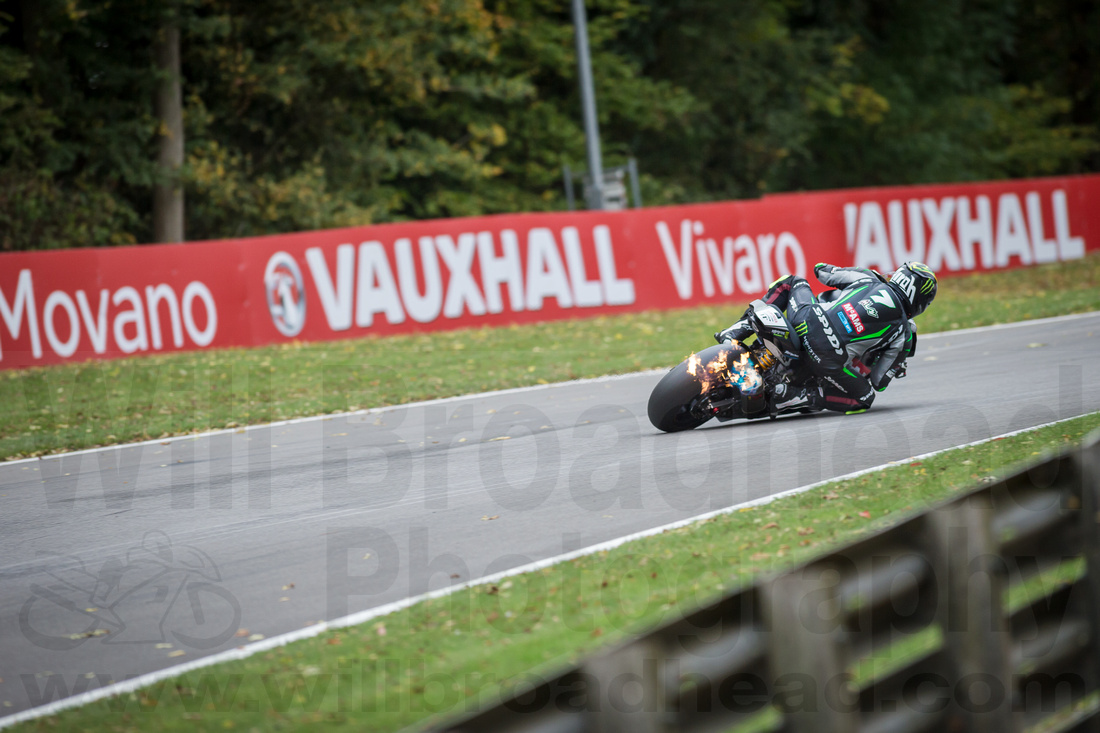 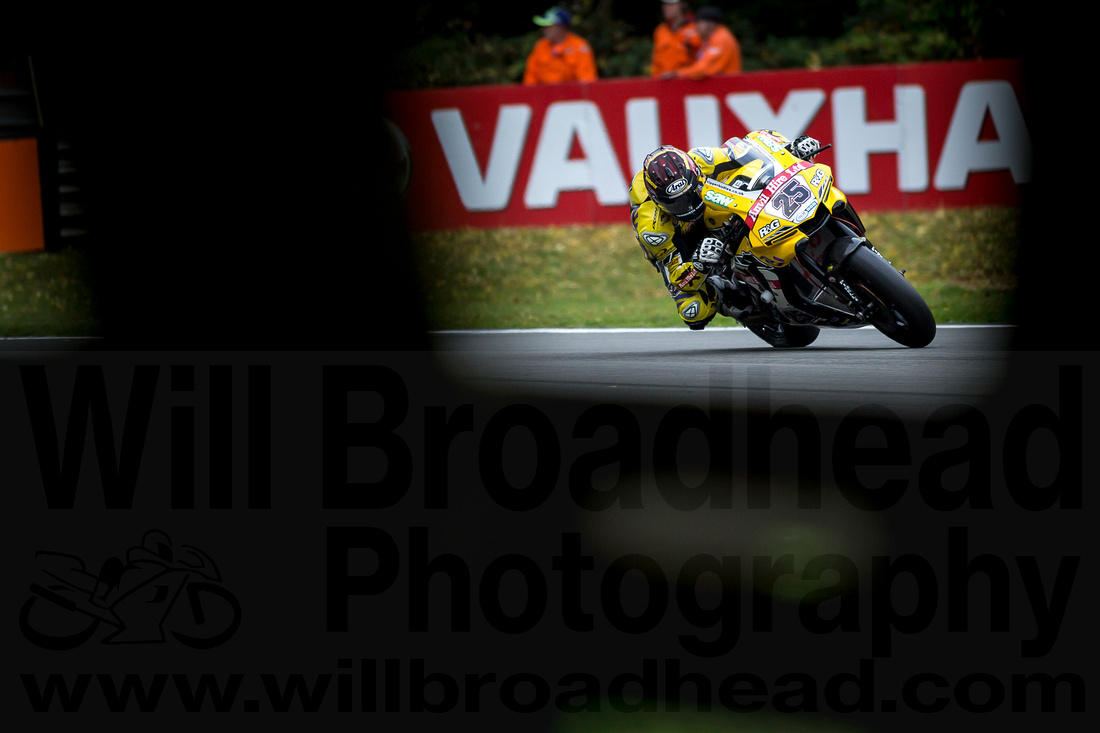 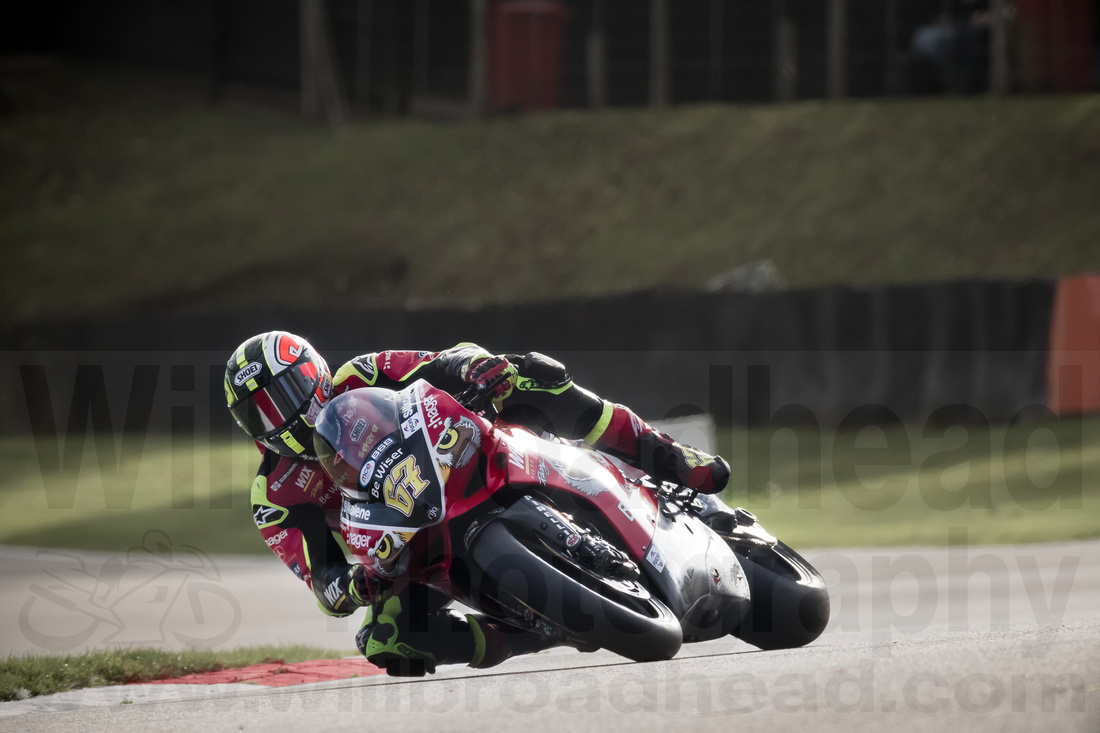 Despite stunning weather being forecast for the weekend, conditions for the first practice were slightly moist after over-night rain but Brookes was straight out of the traps and looked like a man on a mission. Byrne and Haslam joined the party a little later, but ultimately Shakey ended the session top with main rival Haslam in a lowly 14th. First blood to the Ducati man. This set the tone for practice and qualifying, with Byrne finishing top of all sessions and being the only man to break into the 1.24’s. Brookes had a positive start to his challenge, putting the Tag Yamaha second in quali, only a couple of tenths off the man in red. Haslam found something to stick the JG Speedfit machine into 4th on the grid, but it was clear that compared to his rivals he was struggling for pace with a largely mixed practice session. 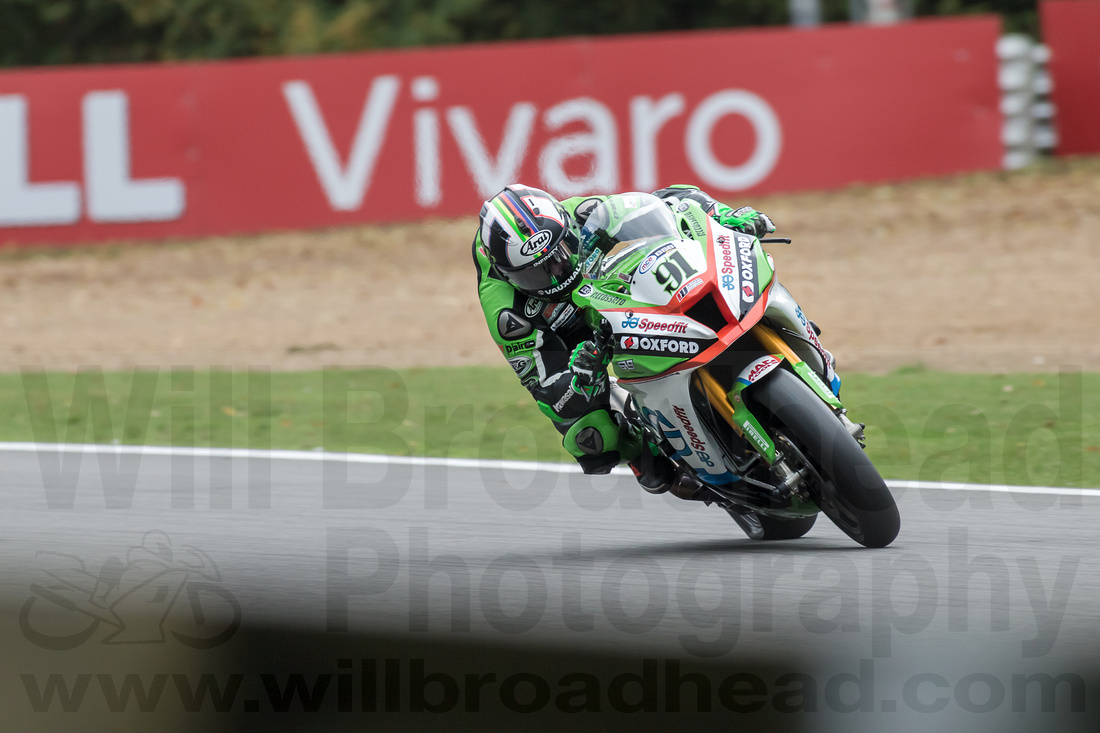 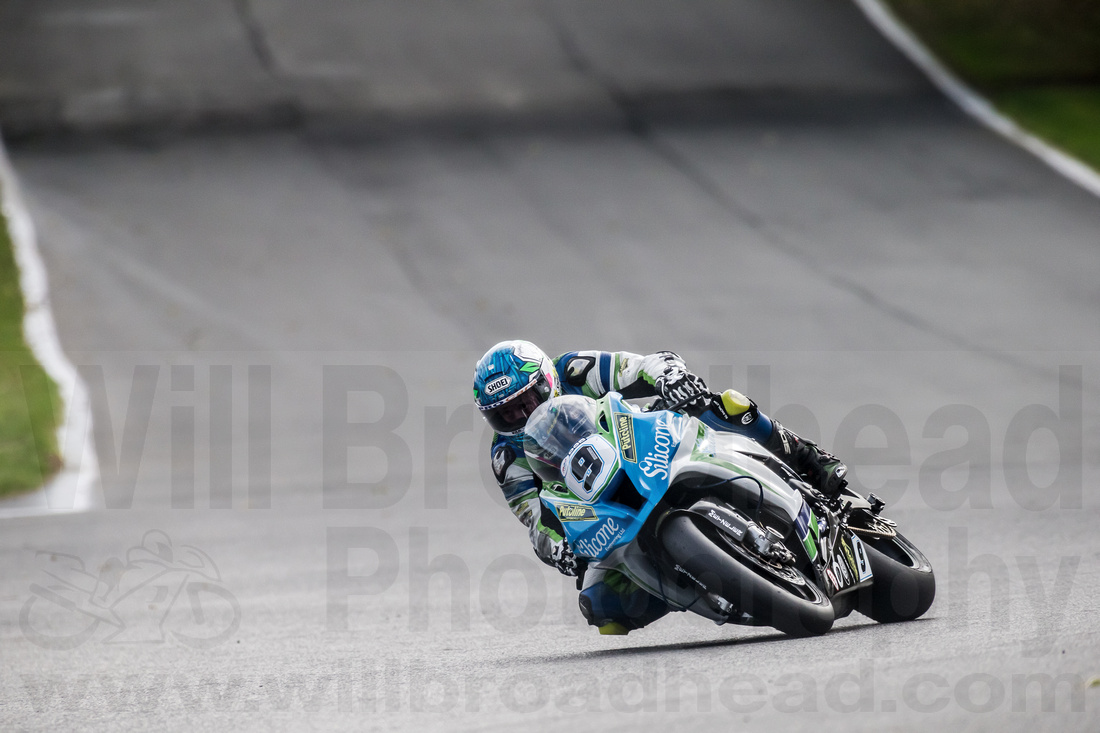 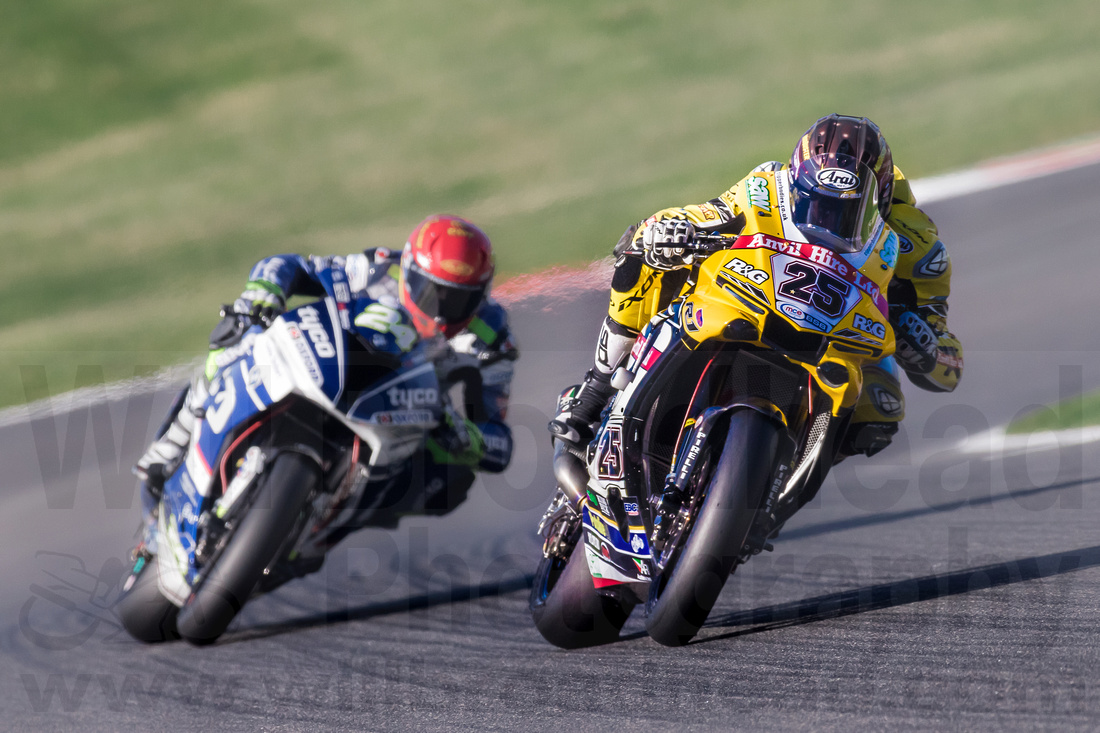 Now it is often said that you need a little luck on your side to win a championship, and this was set to be highlighted over the next three races. The first indication of where Lady Luck may direct her gaze was given early in race one, as the red flag came out with Byrne trailing the leaders after a poor start. Queue the restart and Shakey didn’t waste the chance the take the lead and in doing so the win, with Brookes in third as Haslam held onto a fighting fourth after a great battle with James Ellison and Jason O’Halloran, but it was clear that the big Kawasaki wasn’t showing the same form as in previous rounds. 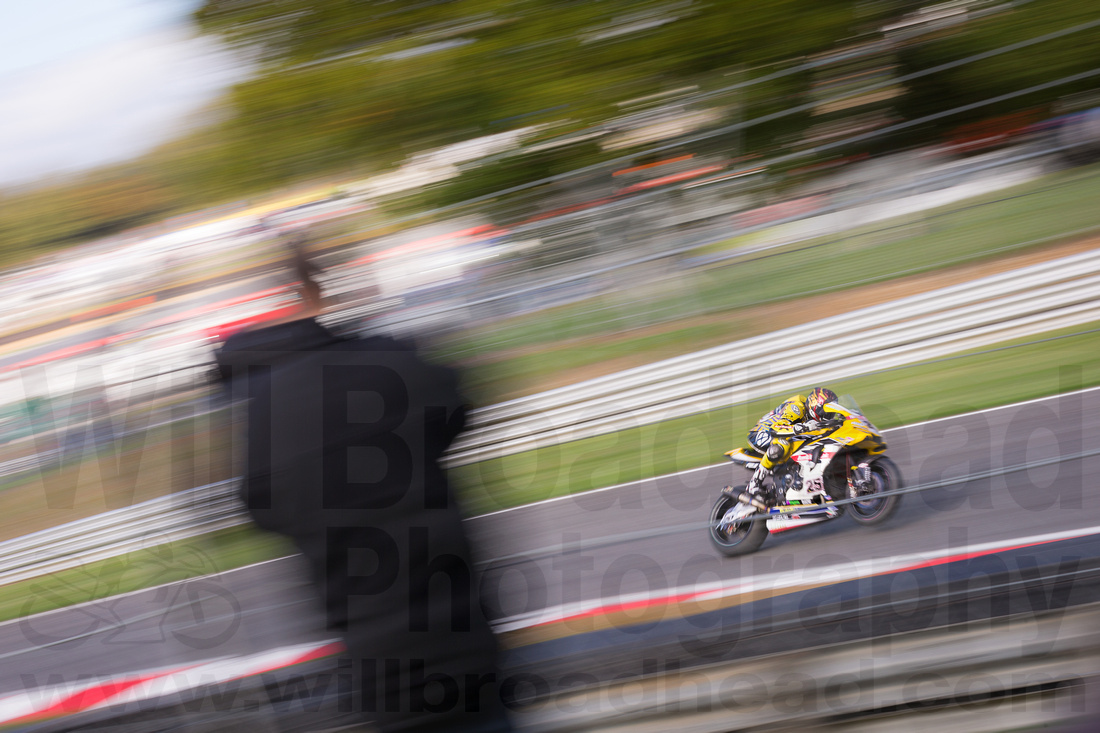 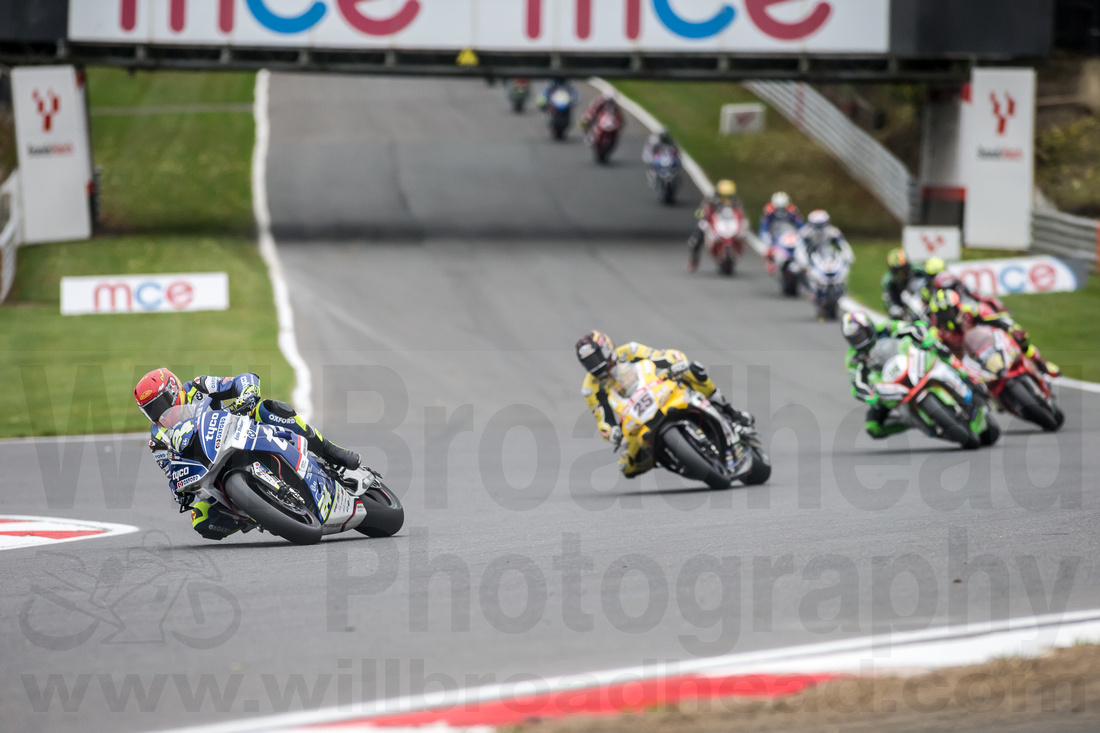 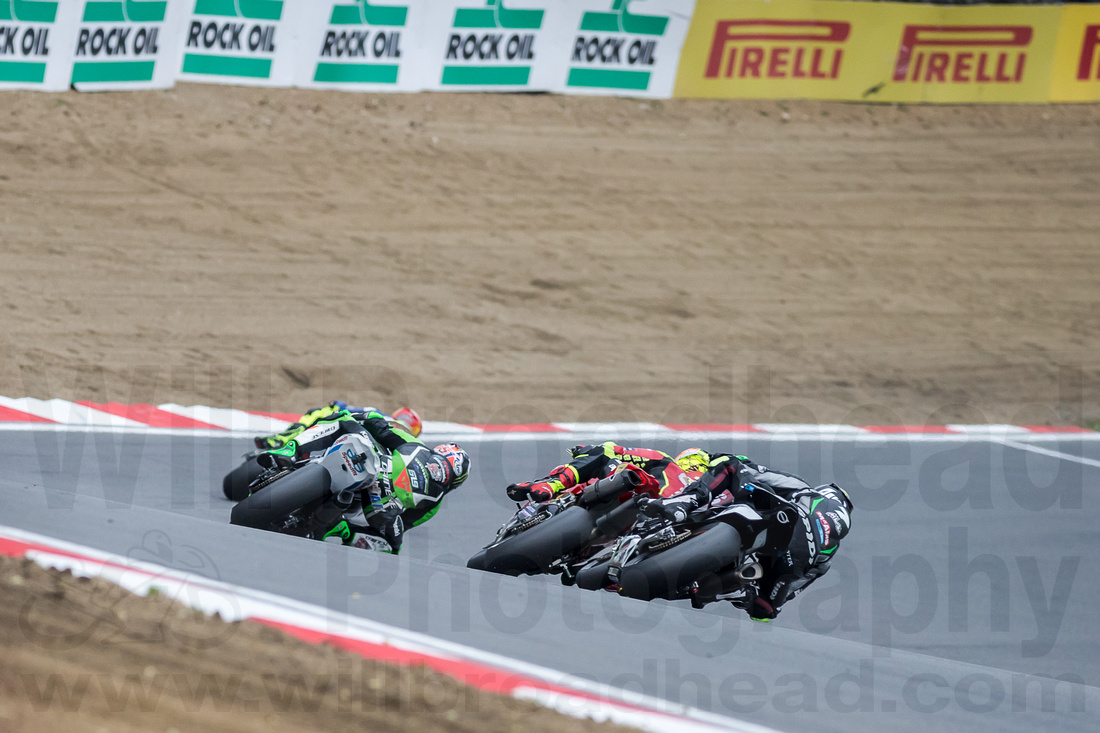 A 58,000-strong crowd descended upon the circuit on Sunday for the final day of the season, all wondering which way the pendulum would swing. Would the Kawasaki team have made the necessary changes overnight to give Haslam a competitive bike? Could Byrne keep winning or would the pressure get to the both of them and leave Brookes – who clearly had pace – to steal the crown out from under everybody? The pattern of the weekend was repeated in the first race, Byrne again leading from the front to take his second win of the weekend. Brookes had managed fourth, behind Iddon and Ellison, but the race had proved to be an absolute disaster for Leon Haslam. Clutch problems had seen him plummet down the order, eventually limping home in tenth place. The points gap between Haslam and Byrne had now been closed to 2 points, leaving the championship in a complete state of limbo for the final race of the day. 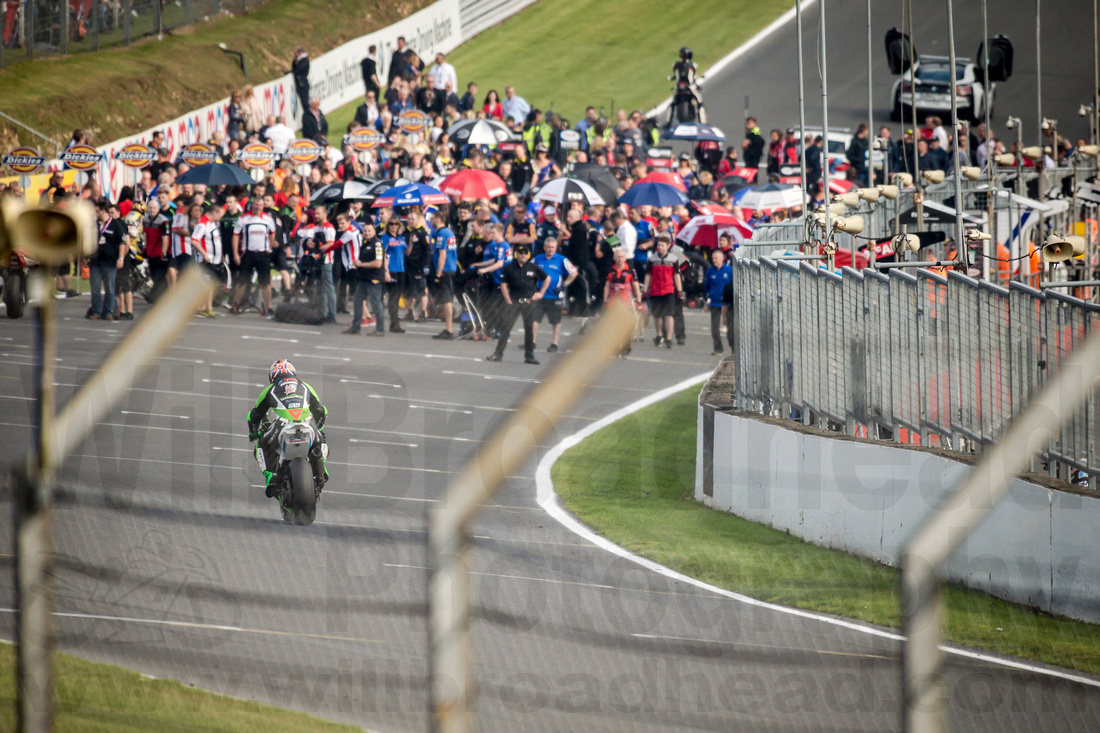 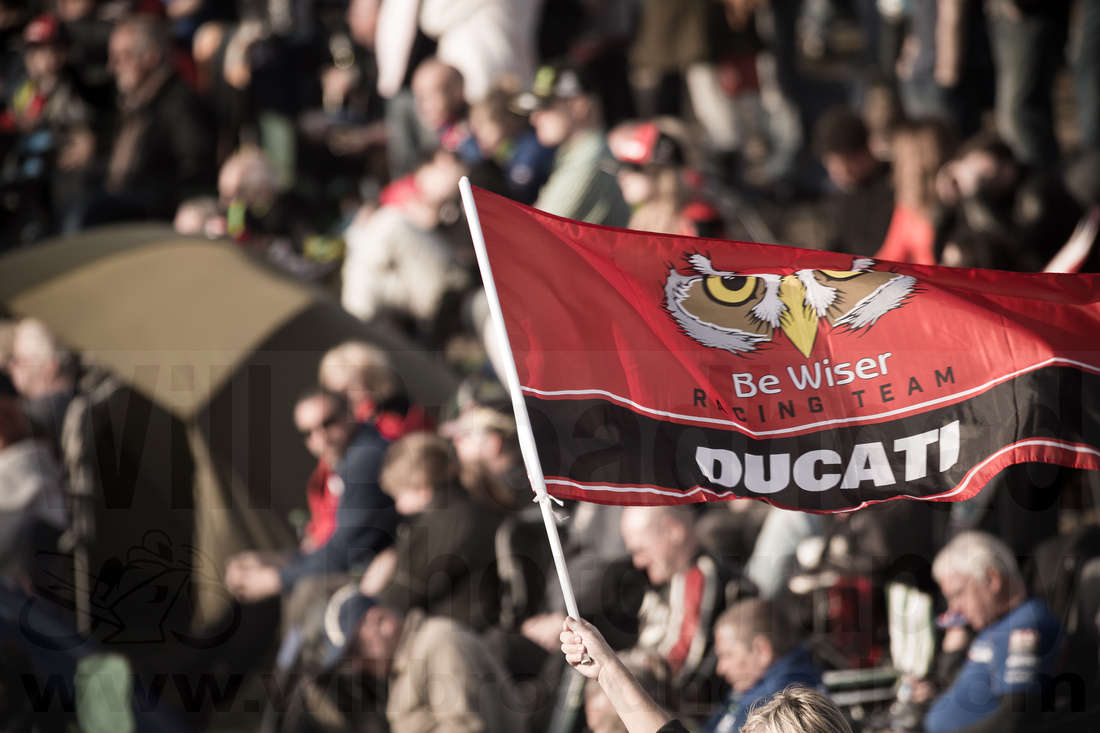 It was going to be a winner takes all contest, with many not being able to see past Byrne for the win and the title. But Haslam was still ahead, just. Brookes too, was not out of the running. I can only imagine the pressure on the Kawasaki team at this point, going from the points lead that they had to almost having to win the last race, or at least beat the so far unstoppable Byrne and be in touch with Brookes. It was a telling sign when the cardboard cut-out for the Leon Haslam meet and greet had ‘cancelled’ penned across it, the man and the team had other things to concentrate on. 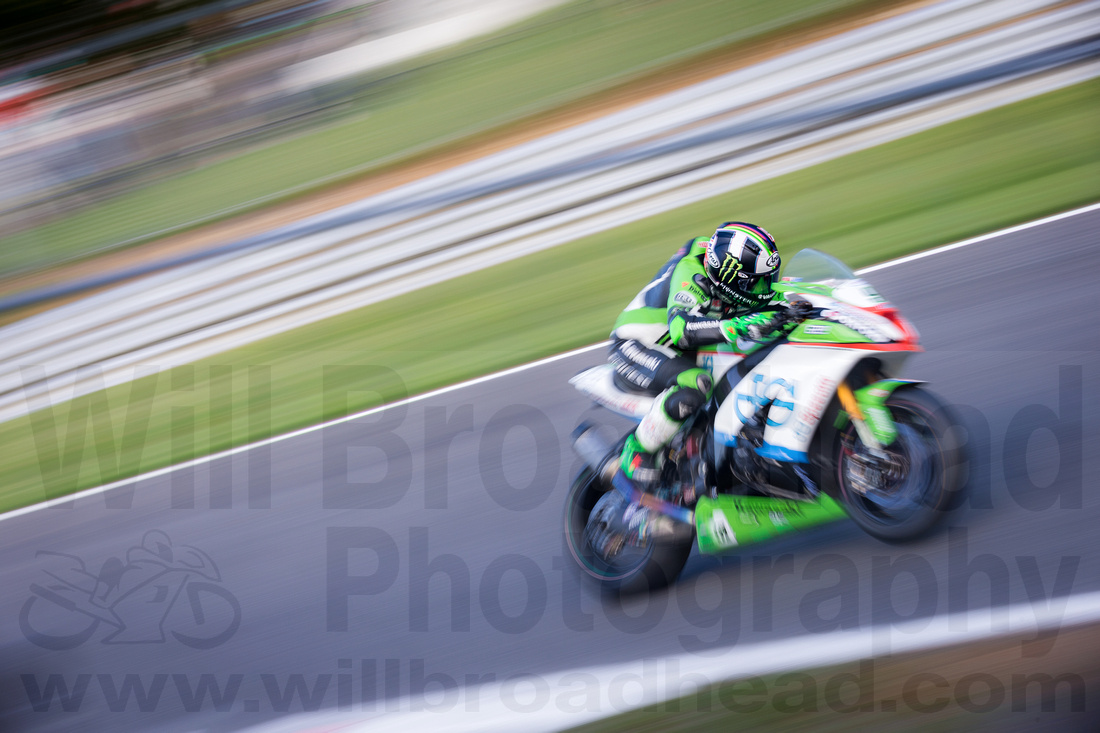 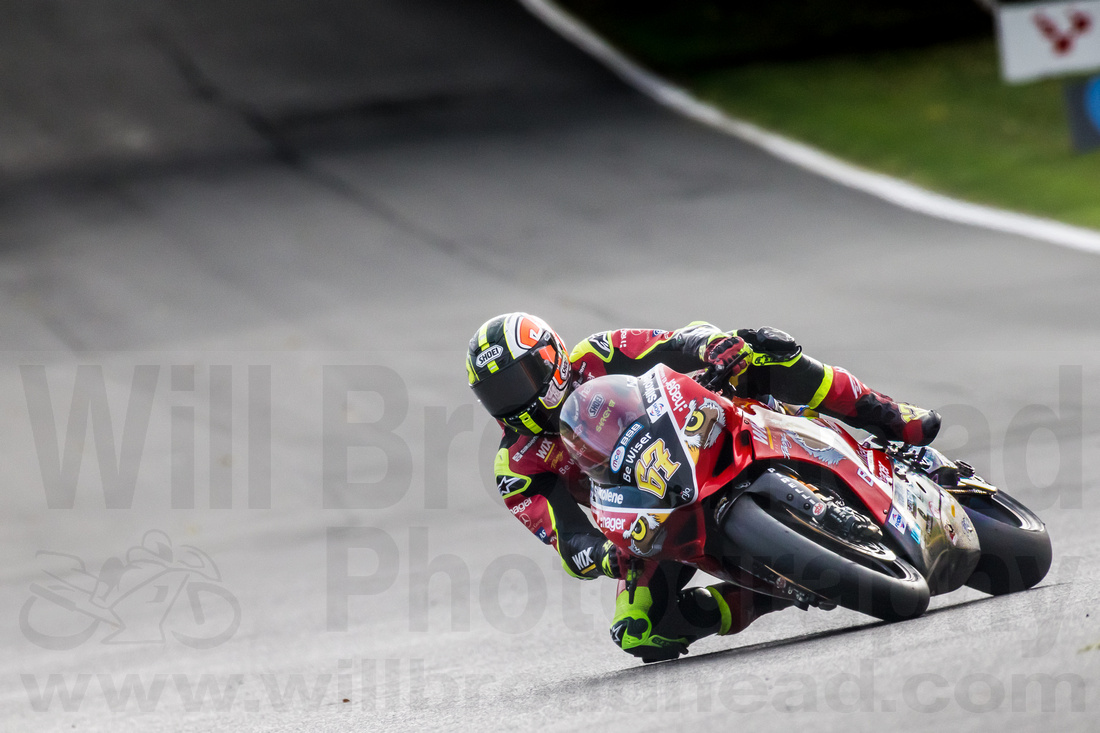 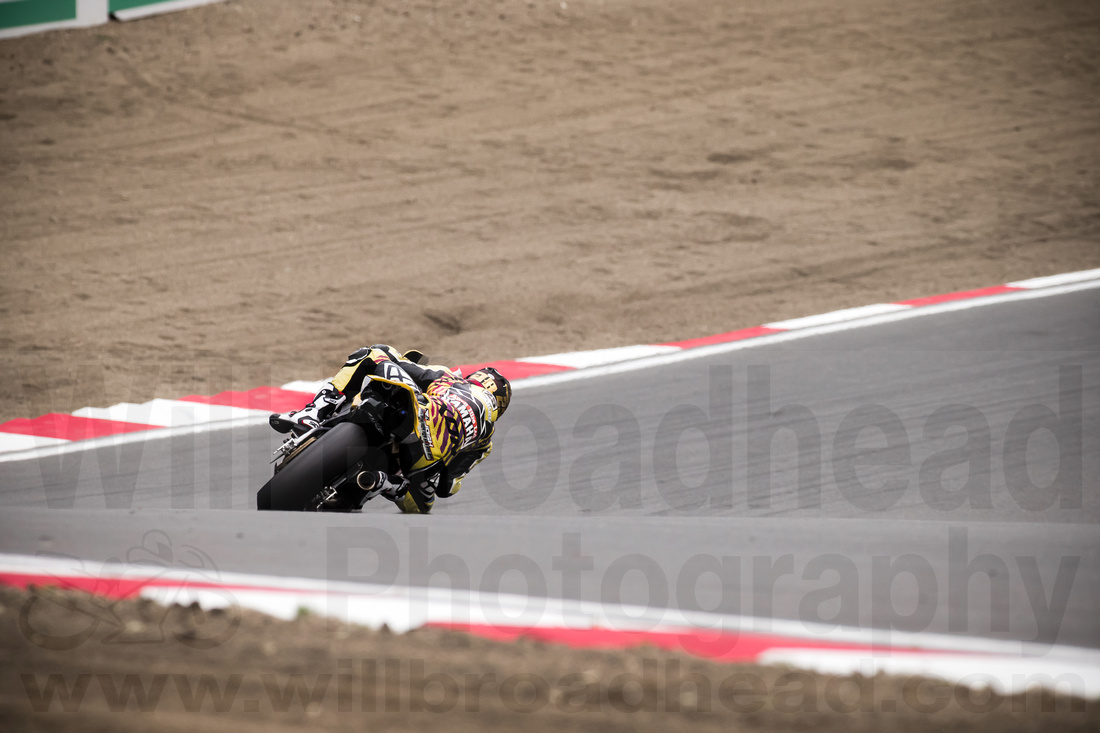 Since the introduction of the showdown formula for BSB, we have been treated to several close-run championships, not least the titanic battle between Tommy Hill and John Hopkins in 2011. That day the title wasn’t decided until the line, in a race that still gives me goose bumps when I watch it. The crowd around Brands was surely hoping for a repeat of that superb piece of entertainment and just for a second, it looked like we would get it. Haslam made a stupendous start from the fourth row of the grid and managed to put himself into fifth at the first corner, just in front of the Ducati of Byrne. It was enough to take the title if he could only maintain it for the rest of the race and for a few laps at least, it looked like he could.

It wasn’t to be though and as the bikes tipped into Hawthorne’s corner for the sixth time a gasp went out around the circuit as the bike of Haslam went straight on and into the barriers at some 170mph, leaving the title dream in tatters. Replays on the big screens around the circuit showed that something had clearly gone wrong with the bike and Leon had been forced to hit the eject button. It transpired later that it had most likely been brake failure, a terrifying thought at such speed. Everyone inside the circuit was relieved to see Haslam conscious and up off the ground as the rest of the bikes filtered round behind the safety car. 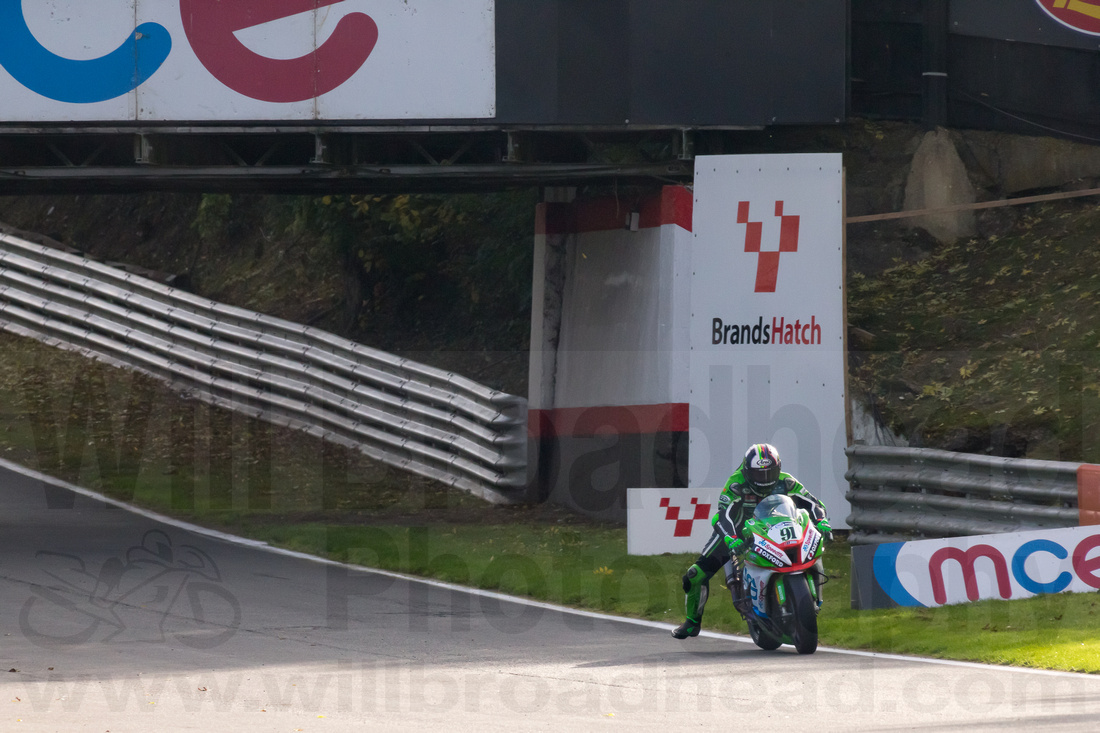 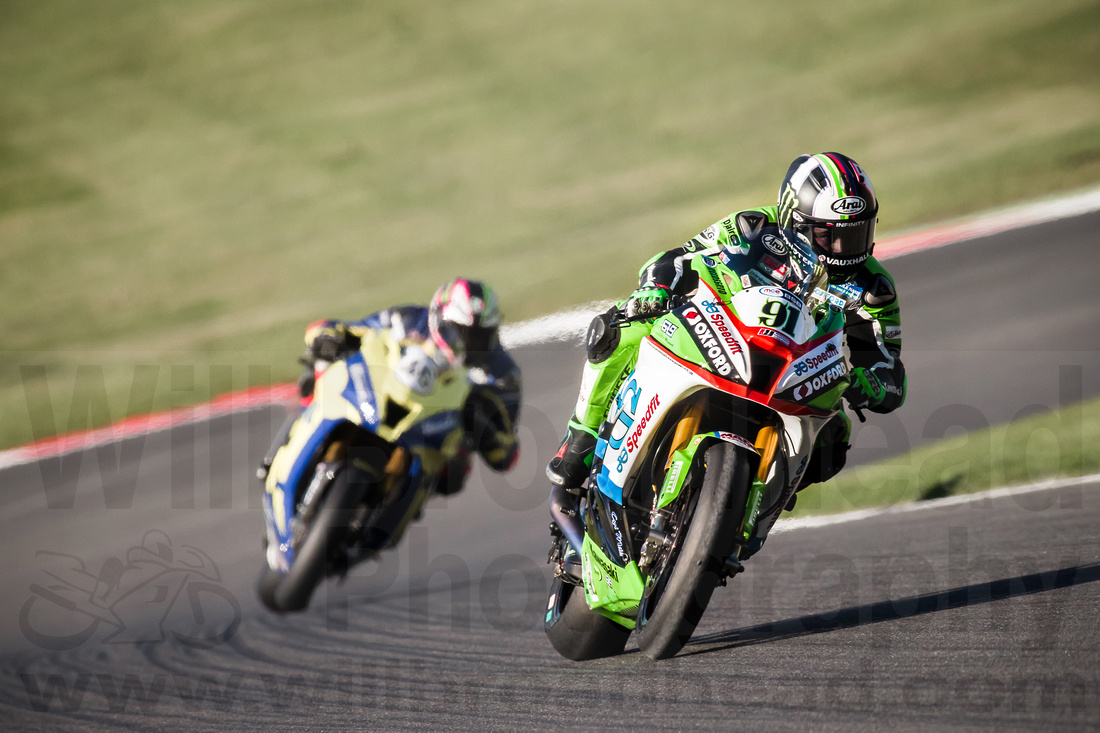 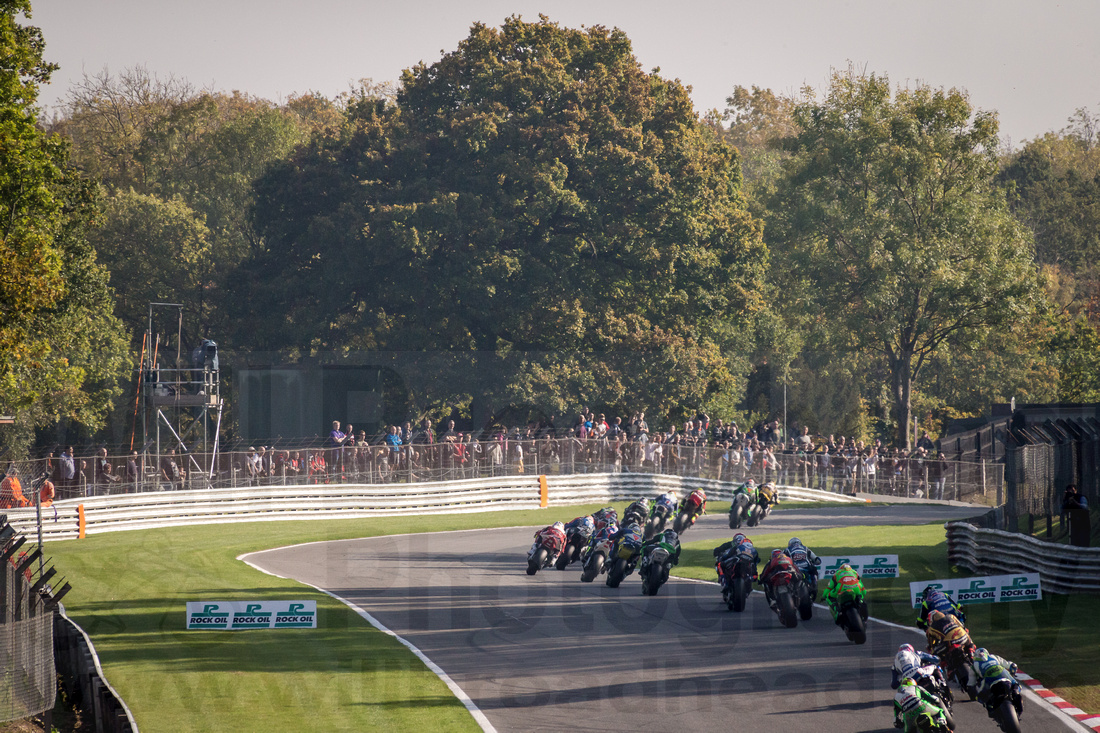 So, Byrne now just had to finish and despite a race win for Brookes, Byrne did enough, bringing the Ducati home in eight and claiming his sixth BSB crown. An incredible achievement, although nobody, including Byrne, would have wanted it to have been decided that way. There was one final development though, when an injured Leon Haslam, appeared at the end of the race to congratulate Byrne. Haslam, who sustained a broken wrist and ankle in his high-speed crash, had to be carried onto the grid, but stood as the competitors embraced in a display of sportsmanship that is all too rare these days. A fabulous and genuine gesture, from a man that could so easily have gone straight to the medical centre and one that I hope permeates from our little corner of sport into the wider conscience of the sporting world - premiership footballers take note. I can’t wait to see what next season will bring. 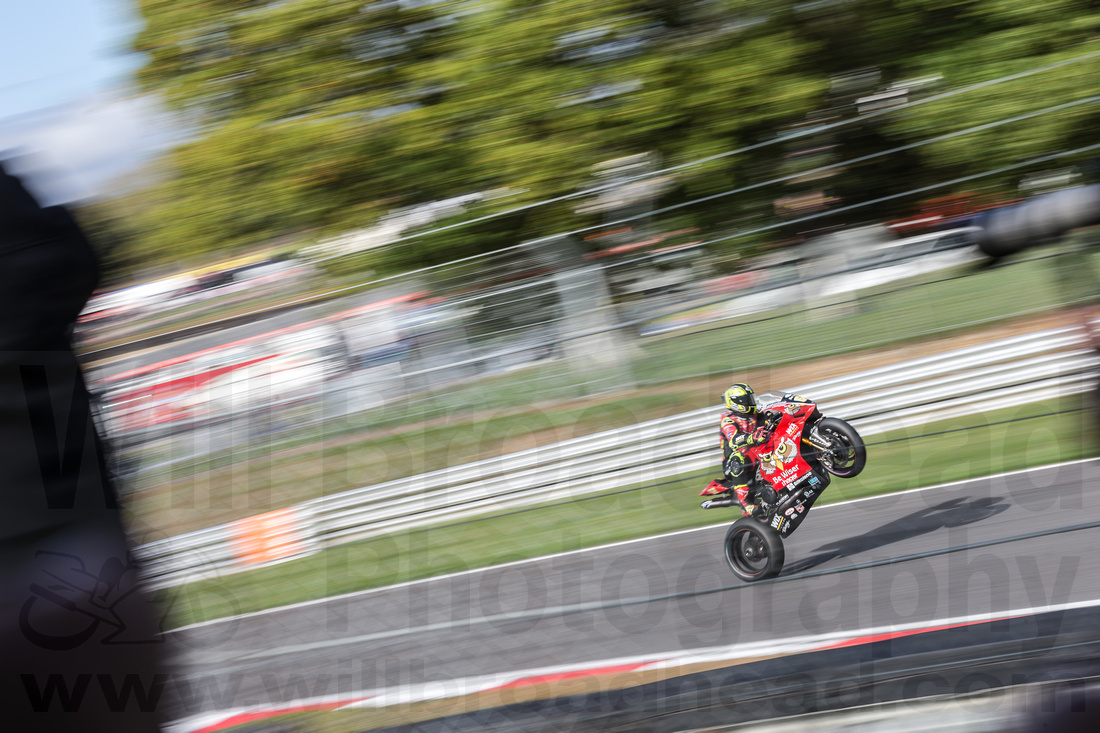 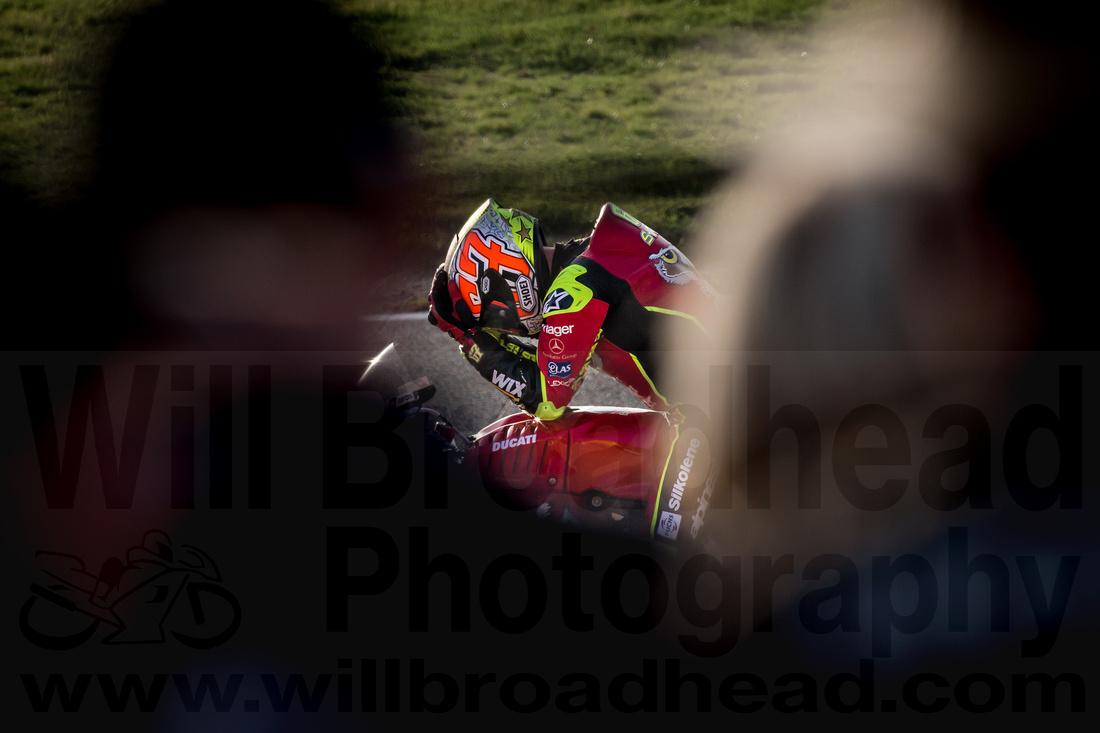