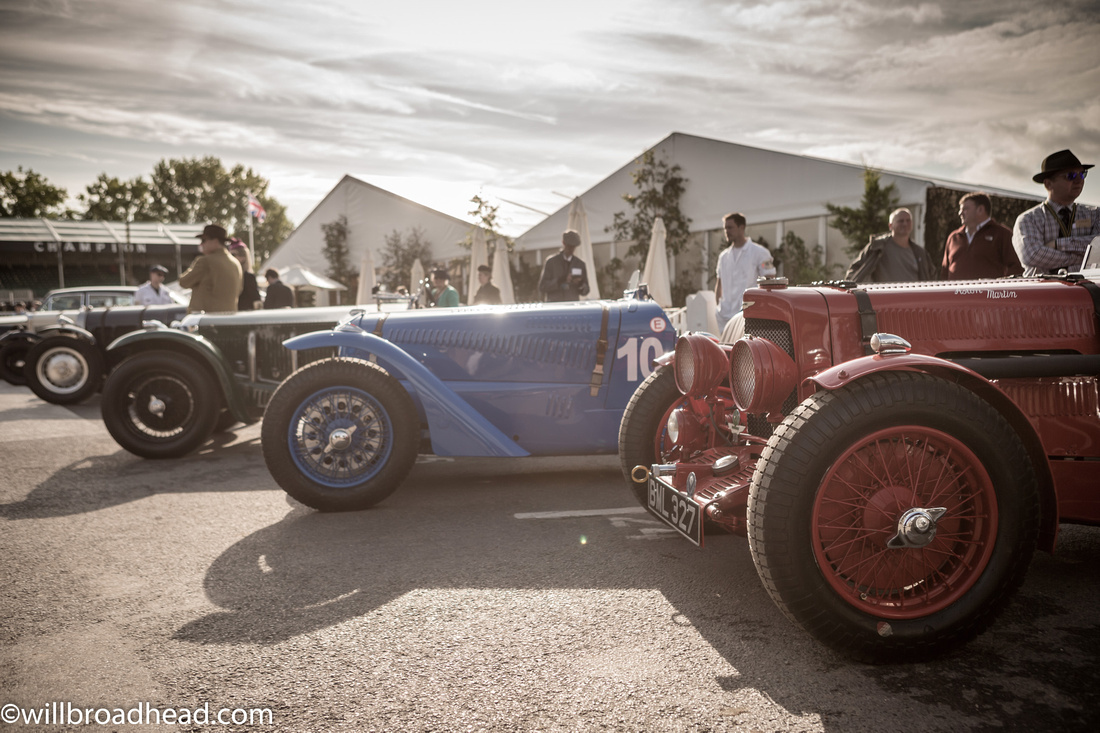 Ok so this has been a long time coming, as the revival was a month ago now, but like a wine that has been left to breath hopefully the flavour from these particular grapes will be enhanced. So, I know that nobody in their right mind would leave a wine to breath for a month, least of all me, but this isn’t strictly my first writings on the subject of the revival. Indeed, you can read and gaze upon three previous articles and photosets I have produced from the meeting, published by those fine people at Petrolicious.com. Links to follow. I must also admit that it has probably taken me this time to process the sheer amount of auto excellence that I saw over the weekend, in fact as a revival virgin, my awkward fumbling’s around the site barely scratched the surface of what it was possible to see. Merely, I just about managed to do enough to get the job done. 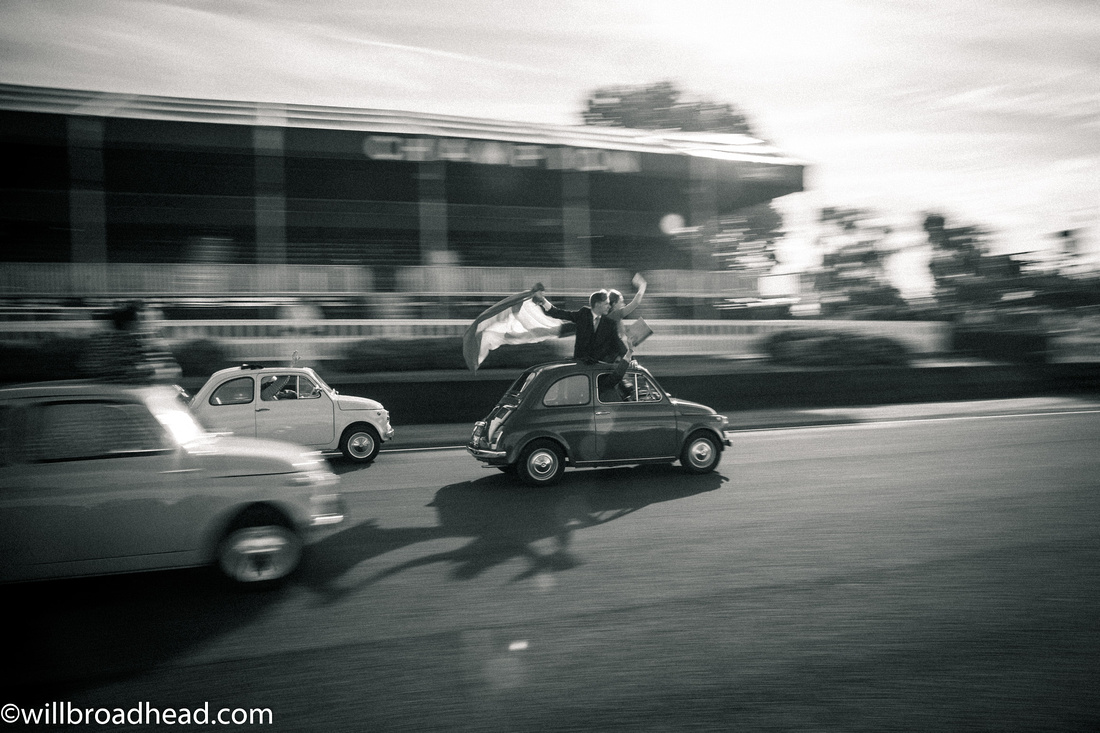 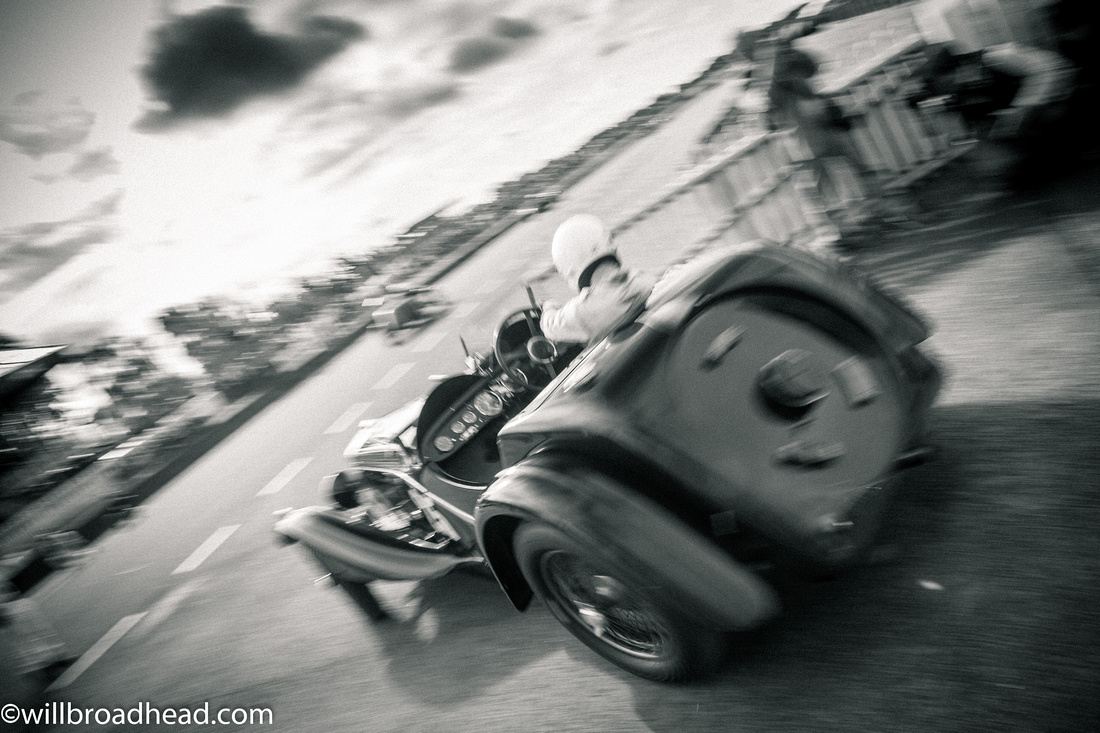 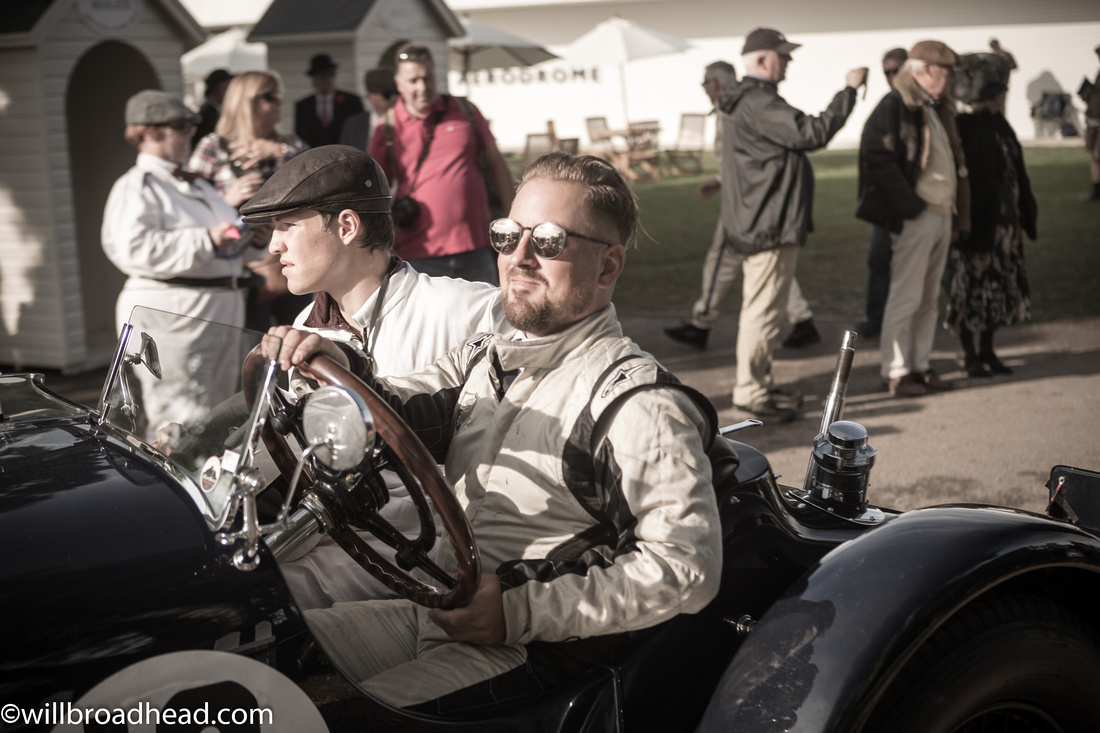 If you have never been to the revival, or indeed any of Goodwood’s incredible motorsport events, well you simply must put it somewhere near the top of your automotive bucket list. It is quite simply a playground of engines and metals, of style and icons, fashion and pomp, colour, noise, smells; you get the idea. The point I am trying to make is that there is almost too much to see and if you attempt to tick everything off of the list, you will tie yourself up in knots of frustration as I did on my first day there. In fact, I would go so far as to say I didn’t enjoy the first few hours of my revival, but this was purely down to my approach. I tried to cover too much, to bend the festival to my will and purpose and you just can’t. This isn’t what it is all about. Instead approach the event with an attitude of wanderlust and whimsy, allow yourself to be taken along by the ebb and flow of what is going on around you and the revival will reveal itself to you at its own pace and the rewards will present themselves to you. 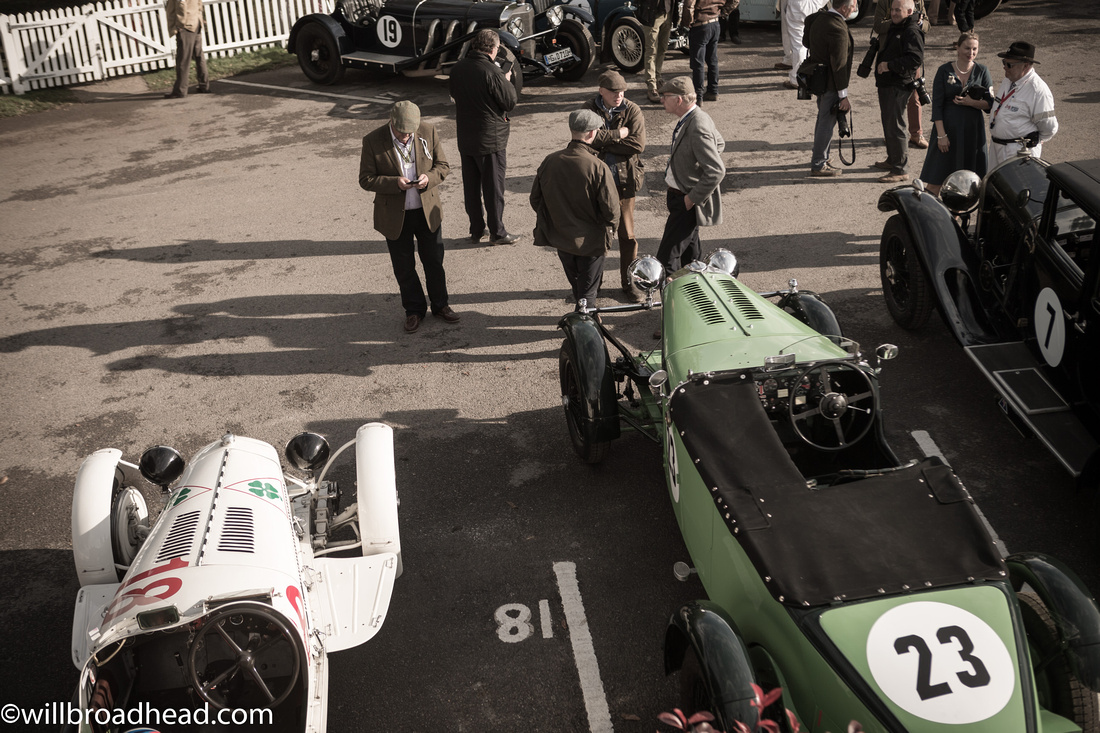 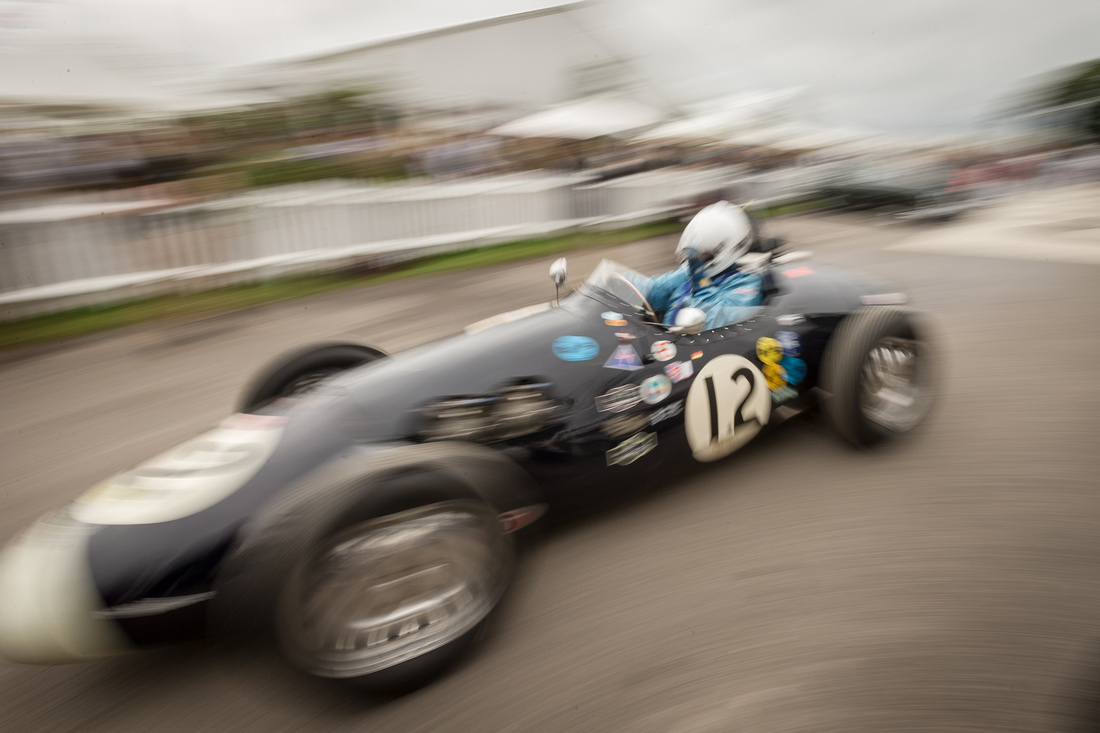 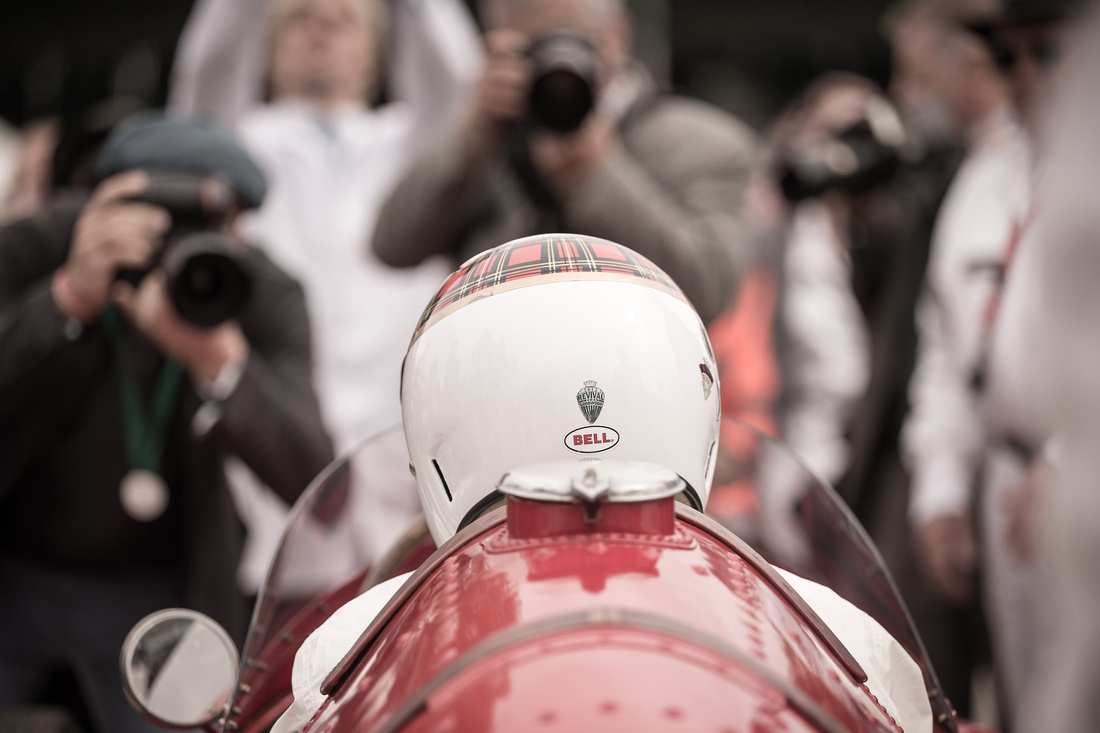 You aren’t so much there to see what you want to see, rather to soak up the atmosphere and engines and stunning machines and track action that is going on around you, and stunning the machines are. Beautiful cars of all types, from all marques. Poster fodder and dreams for people of all generations. From pre-war front engine monsters, carrying badges from across Europe, with their huge steering wheels and even bigger motors to the unlimited sports prototypes of the 60’s. Gas guzzling Lola’s and Ford’s, leaving black lines all around the circuit and captivating adoring eyes in the paddock. Not to mention the Grand Prix machines and, my favourite, the bikes. There is truly something for everyone here and with almost everybody in period dress, this is a celebration not just of a snapshot of motoring history, but everything that came with it. It is English eccentricity of the highest calibre, yet at the same time does not find itself dropping to the depths of ten a penny tourist shops in London, selling Union Jack phone cases and Bulldog money boxes. Indeed, the small smattering of people in eBay bought faux mobster fancy dress costumes are somewhat missing the point. 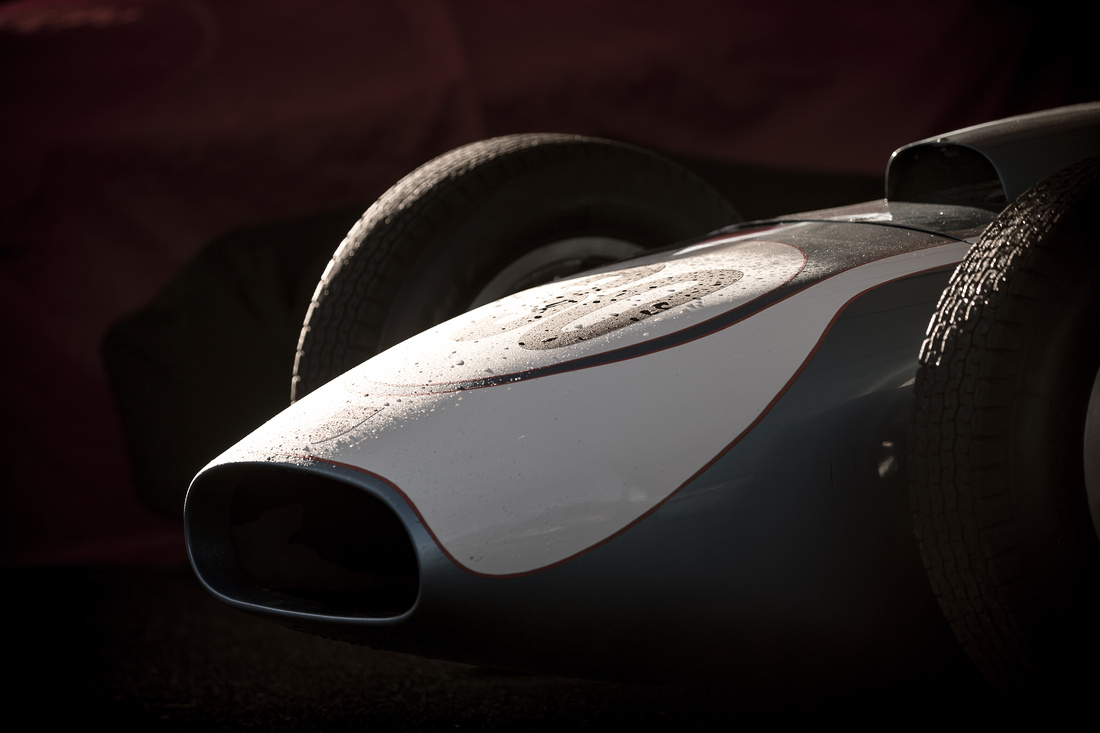 Morning DewI love to shoot cars in the early morning sunshine, nothing picks out their lines or beauty like those first rays of light.

The Goodwood revival is magnificent in every way, it is extremely busy and not a cheap experience, but as far as I can tell it is unique. As I ponder my encounter now, my thoughts are drawn to what was easily my favourite part of the weekend. Sunday morning, early on in the day in gorgeous September sunshine. Mechanics busying themselves with waking some of the beasts on show from their slumber, a Spitfire in the air overhead and a real air of excitement about what the day was to bring. I had learnt to let the event set the pace of my work and in so doing was getting the best out of it. I cannot wait to return and experience that feeling every morning of the weekend this time and discover the revival all over again. 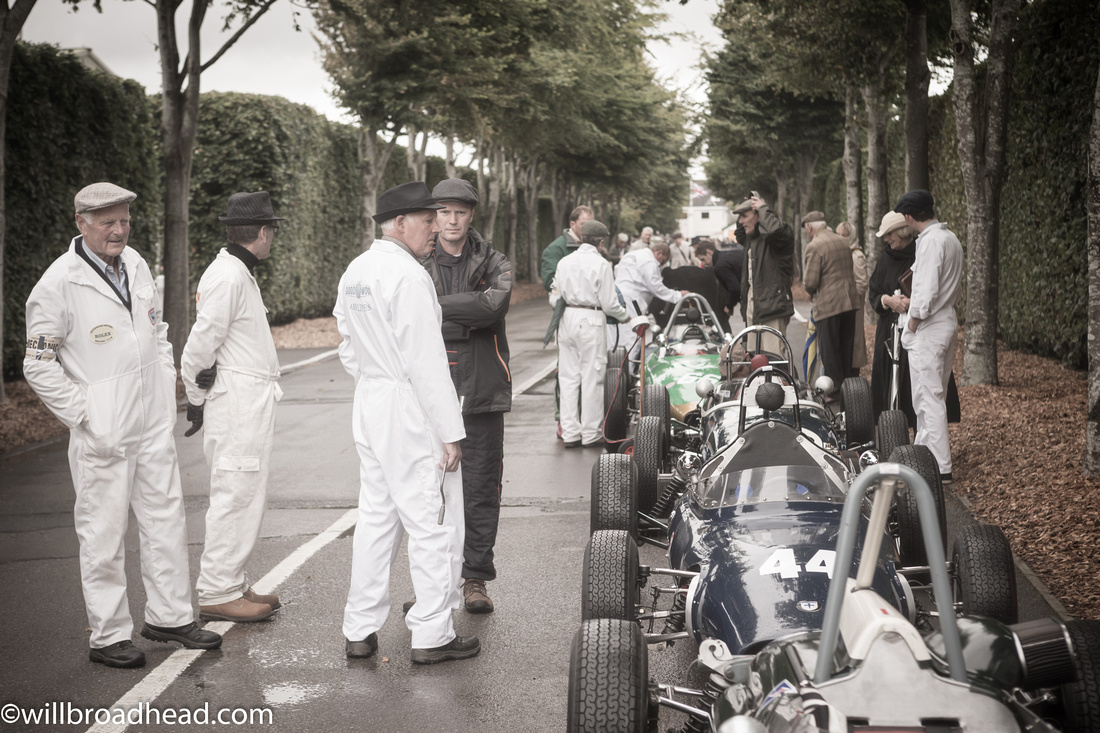 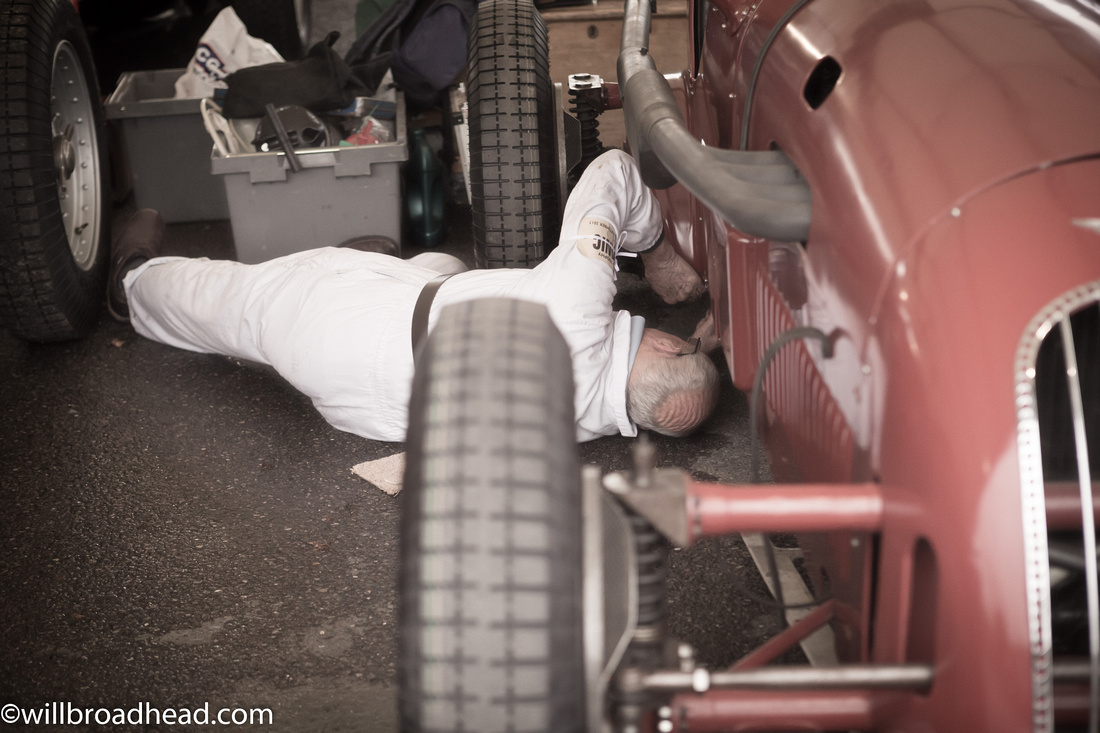 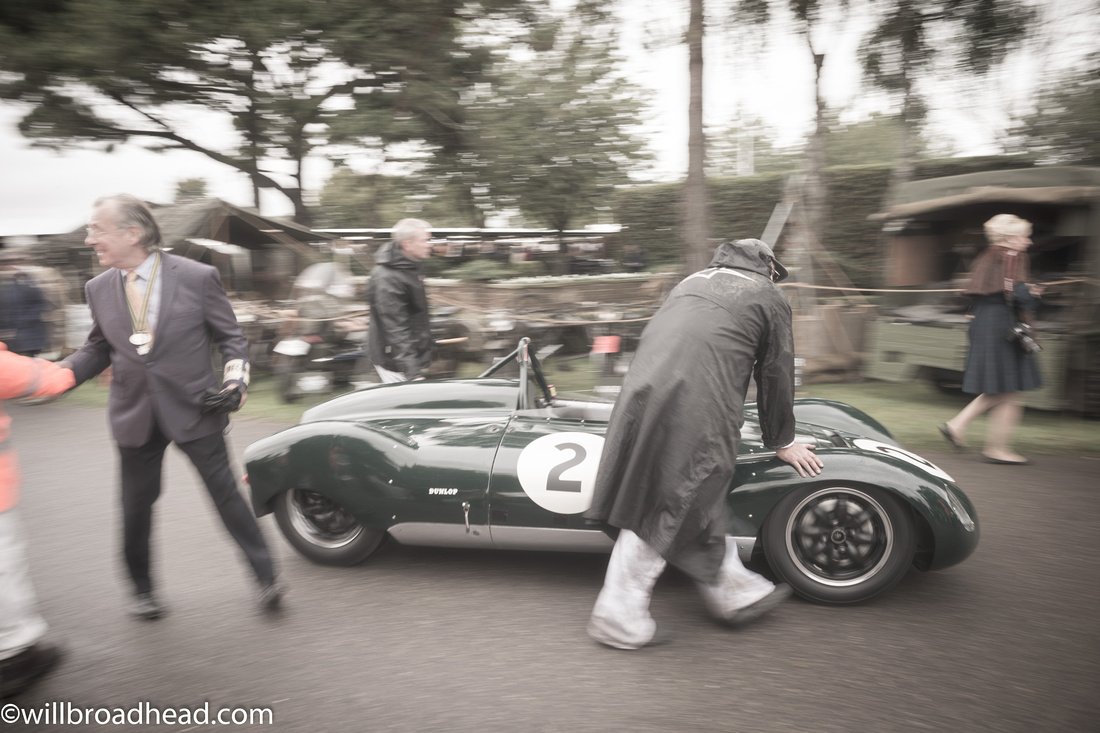 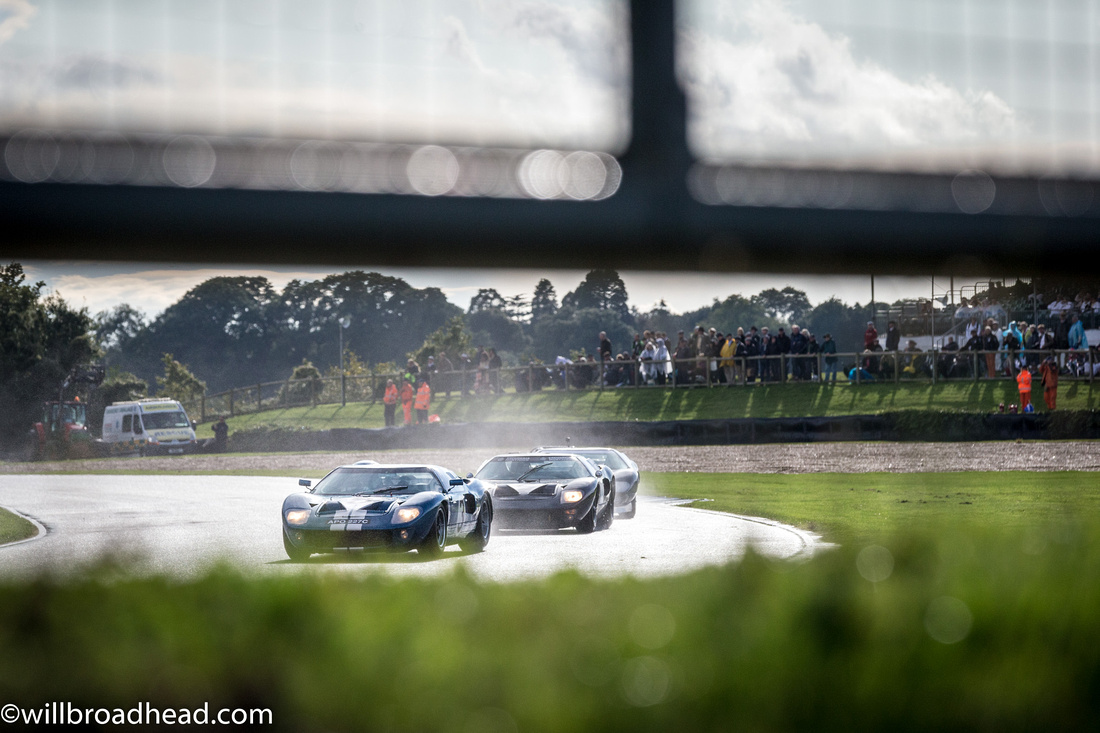 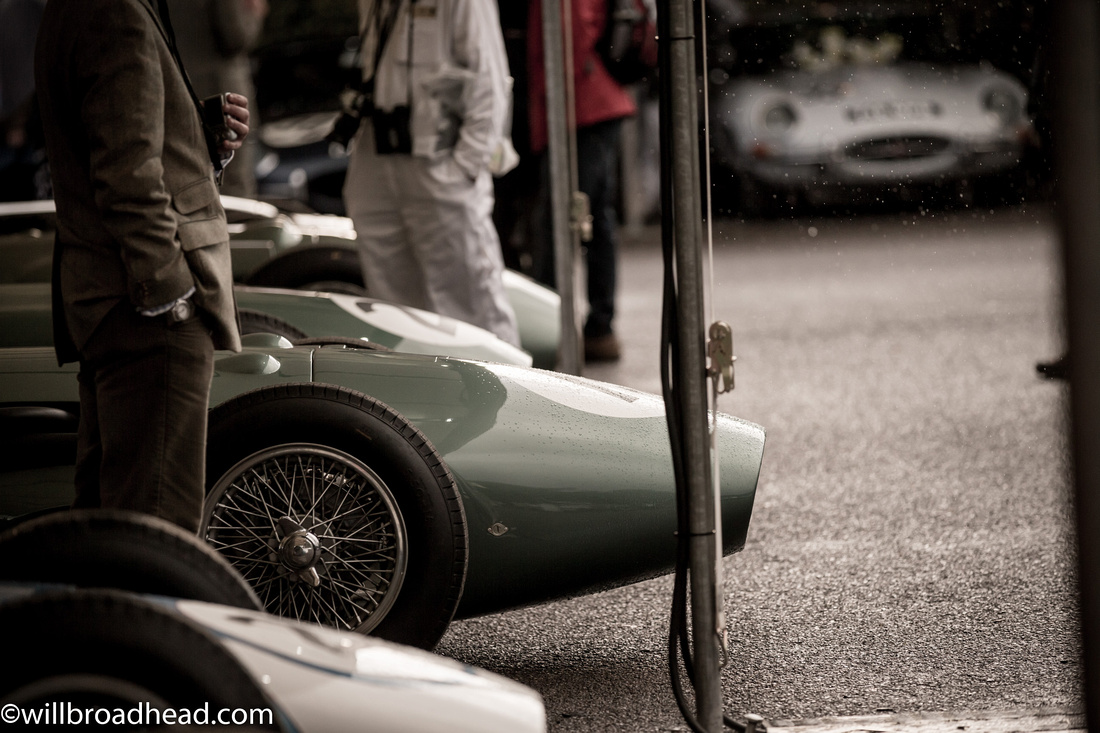 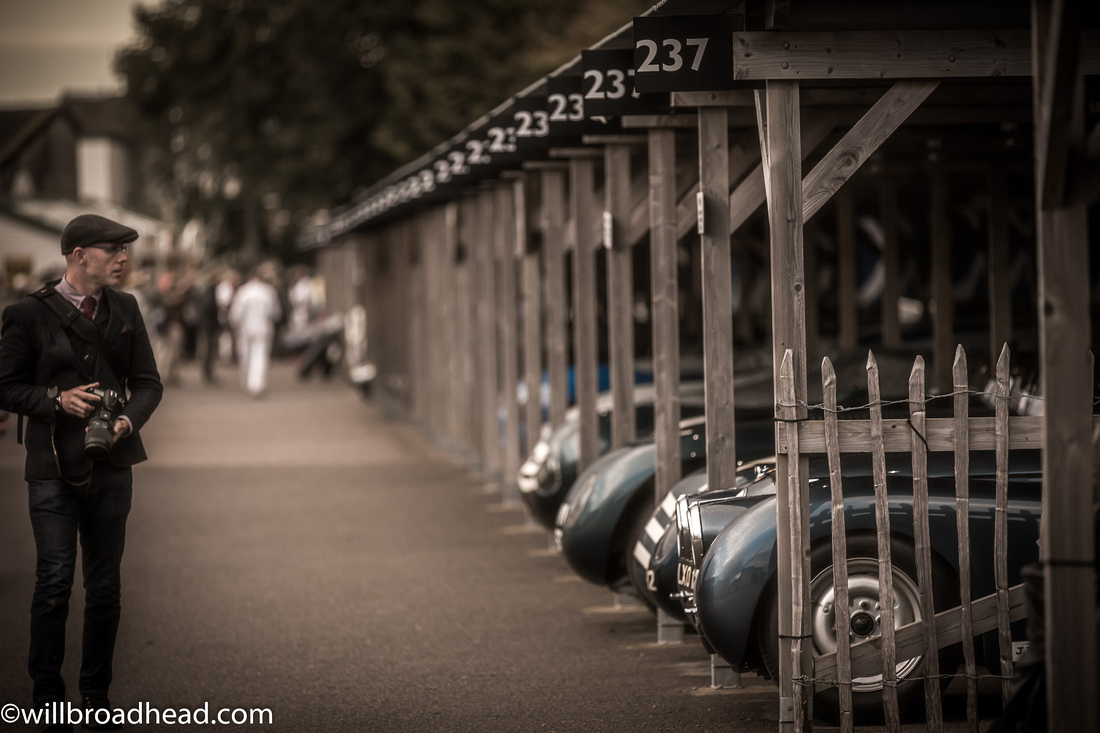 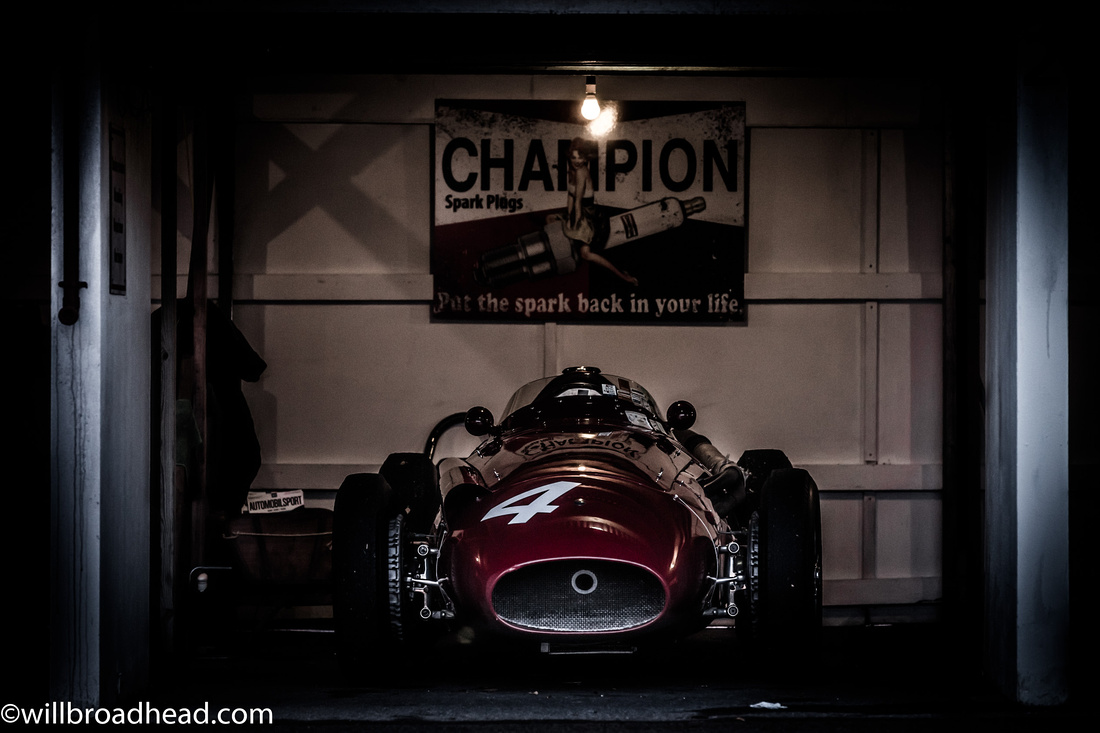