A big loss and a proper gent 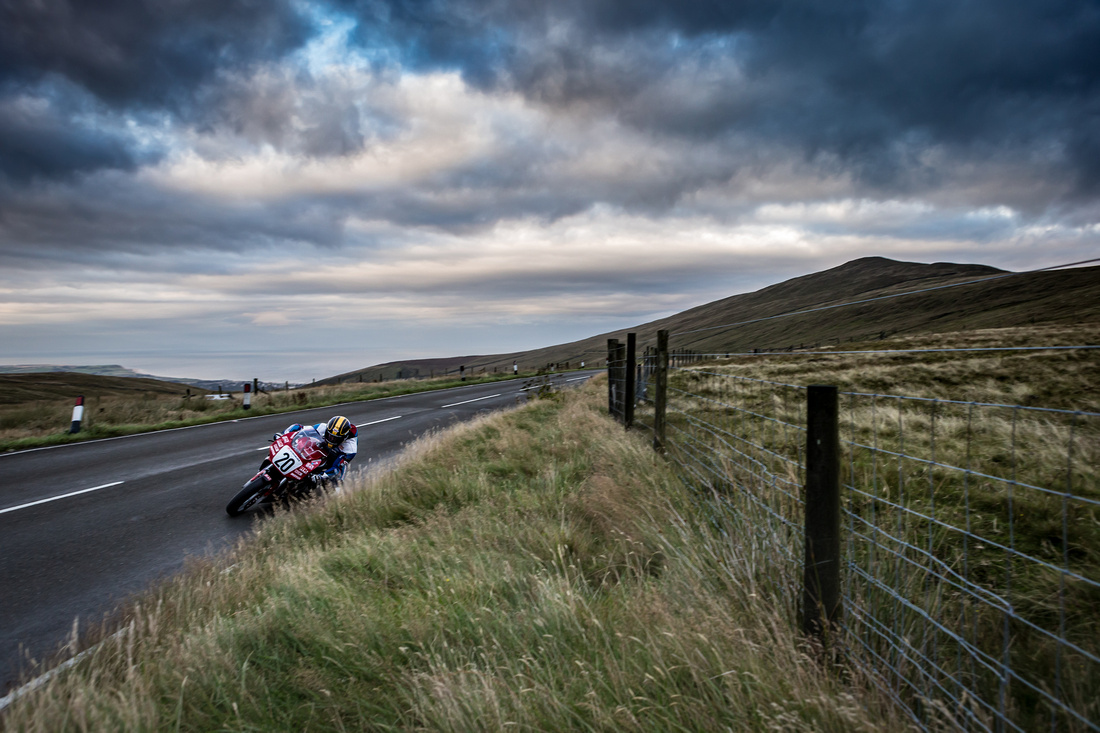 On Saturday morning I got up early to watch the Macau GP, a few minutes later and I wished I hadn't, the rest is history. For everything that is good about motorsport, there is a sinister side to it that competitors, fans, family and friends can't escape and unfortunately in the road racing community is it something that is always lurking just below the surface, but this isn't the time or place for that...

I wanted to share a few thoughts about Daniel. I didn't know him long, indeed we only met for the first time earlier this year at the Manx, but I had been watching him for a long time. I was introduced by another photographer friend and the three of us enjoyed a nice evening out in one of Ramsey's curry houses. I liked Dan instantly, he was easy going and had absolutely zero ego, preferring always to ask questions of me and our host for the evening. That night we could have been three friends who had known each other for years, such was the patter between us all. We stayed in touch afterwards and would chat business and bikes, Dan took great pride in his workshop and I was eager to listen and find out more about what made him tick. We spoke about future plans for the both of us and I looked forward to the next race meeting that I would see him at. Unfortunately that was never something that would come to pass, as fate stepped in and the world was robbed of another fabulous talent and more than that, a really top class chap.

It seems strange to say that I will miss someone that I only ever met once and chatted to a few times, but I will. That is a measure of the man, that one felt so comfortable in his company so very quickly. Certainly to me that was the sort of person Dan seemed to be and judging by the things I've seen written by others about him, lots of others feel the same as well. The cheeky grin that seemed to be almost permanently plastered on his face, the down to earth discussions that we had about all sorts of things and of course, that yellow stripe fast approaching through my camera lens. I can't really begin to imagine what his family, friends and his team are going through at the minute in the aftermath of this terrible tragedy, but my thoughts are very firmly with you all. I know it isn't easy, but stay strong and be brave, just like Daniel. You can all be so proud of him, he touched many people and if it is true that we are a product of our environment you that are closest to him can be proud of yourselves as well, as he was such a genuine, cheerful and grounded man.

I have a photograph of Dan that I shot at the Classic TT this year, it's framed and on my office wall. It was a favourite as soon as I snapped it and will now be an even more treasured memory of a great man. Thanks for the memories Heggo, it was a huge privilege to know you, even for just a short while.

Lucy(non-registered)
Hi Will, I am Daniels partner Lucy.
There have been so many articles written about Daniel since his passing. But yours gave me goosebumps - your words are beautiful, thank you.
I am glad you had the chance to see what an incredible man he was, and always will be.
John Cooney(non-registered)
Exceptionally nice words about a extremely exceptional young man.

John
Bozz(non-registered)
Nice one, very well put.!!, and bang on too.!!!
Andrea annat(non-registered)
My partner Ian Dudley and I sponsored dan from the derby Phoenix days of club racing he was very special to us both a lovely guy Ian died 2016 and I know him and dan will be still racing up there and making each other smile will miss you both forever xx
No comments posted.
Loading...
Subscribe
RSS
Recent Posts
One Year Deep Memories of 2017 - The Mountain The Cafe Racer Taylor Made for You... Michelle's fabulous wedding decoration business! No Regrets - Picking the Right Wedding Photographer for Your Special Day... A big loss and a proper gent Photographing in Busy Places Weather dampens what could have been such a good event... BSB Finale: Twists and turns aplenty, as Byrne wins title Goodwood Revival
Keywords
car photography motoring photography beautiful wedding photography black and white wedding photography british british classic sports car award winning wedding photographer experienced oxford wedding photographer experienced oxfordshire wedding photographer
Archive
January February March April May June July August September October November December
Will Broadhead Photography
User Agreement
Cancel
Continue