I had an email recently asking me what settings and equipment I use when shooting motorsport. Whilst extremely flattering it also made me think, what do I do? The reply I sent the chap was mostly concerned with technical info, but it got me thinking, surely there's more to it than that! Below are some top things to think about when shooting motorsport, that aren't just concerned with what aperture you should be using and what lens is the best...

Slow to be Fast!!

Turn that shutter speed down! No really, you don't want to be capturing the racers looking like they're parked up! If you shoot with a super high shutter speed that's exactly what you're gonna get. I often shoot at 1/125 and even lower. Set your focus mode to AI Servo so it changes as the subject moves and pan with the racer. If it works you get a superbly crisp subject and a nice blurred background, giving the impression of speed. 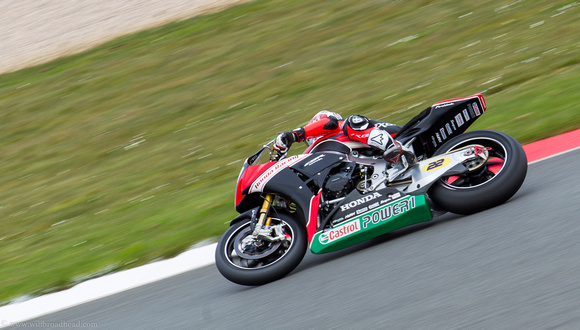 Spend some time on the net finding out what you can about the circuit you're going to. Learn about where you will be able to get to on the circuit, where people recommend you stand and if you can how busy it gets. I often watch youtube videos of old races to see where the action unfolds and to learn the circuit layout before I go to the race weekend. Attending practice days is also a good idea if you can, as they are less busy allowing you better access and time to practice for the main event!

Talk to the other Togs!

There's always an absolute raft of lenses bouncing about at the race track, so speak to other people and find out what they're doing, You could be amazed at what you find out. The best thing about photography is you can learn new things constantly, plus why wouldnt you want to have a chat with a fellow enthusiast. Even if the guys got a blue bib on, at some point they were starting out and so are just as passionate about racing and cameras as you are.

Generally when you're shooting motorsport you're gonna be using a long lens - I recommend an F2.8 70-200 as the most versatile. However sometimes it pays to be brave and mix it up a bit. I've been increasingly using a 35mm prime to capture a different sort of shot when I'm shooting road racing where I'm nice and close to the action. I'd love to try an even wider lens for even more of an impact! The shot below was taken at 35mm, I'm dead close to the rider, but it also lets in lots more information about what's going on around - the proximity of the bushes, the furniture and from an arty sense a nice moody sky. Never be afraid to experiment with something different. 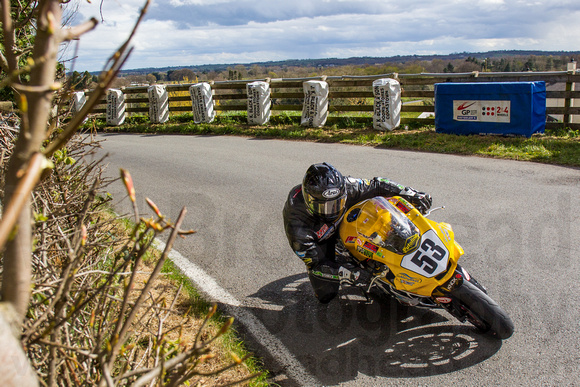 It's not just about the Bikes/Cars

There's so much more going on! Candid shots around the paddock are great if you can get them, shots close in on the riders eyes on the grid and even photos pf the crowd or the marshalls! From circuit details like famous clocks or arty shots of rumble strips, to shots of the track surface with rubber laid down, there is always so much going on at a motor race.

No I'm not suggesting you need to be rocking the latest fashion to do a good job of your photos, you do however need to be dressed appropriately so that you are warm and comfortable for the duration of the meeting. Take waterproofs, wear something sturdy and comfy on your feet (I always wear walking boots) and make sure you're going to be warm. On a lovely summers day it's great in shorts and tee, but invariably the weather changes and can go from one extreme to the other very quickly. On a recent shoot in Ireland I got both sunburnt and drenched in one day, we even had hail and snow storms!! The bottom line is though, if you aren't comfortable you wont enjoy it, and if you don't enjoy it you wont get great shots!

The histogram and review function on modern DSLR's is a God send. In the old days of film you had no way of knowing what you were shooting, its a gift! So use it!! Constantly review what is going on and how your shots are going down, so you can adapt and change as the day progresses. Light will change tremendously through the course of a day so it's vital you are checking what you're doing. Also don't be disappointed if lots of what you see on the LCD screen doesn't look fantastic, not every shot can be great!! It's all learning though, if something hasn't gone quite right try to disect the reason as to why and try something different next time.

Don't spend the whole day following the crowd. Getting some banker shots is all well and good and should be encouraged, but after you've got a number of great images on your memory card from a faithful location, why not move and mix things up a bit? You could discover an angle nobody has found yet, or put yourself in line to capture a special image or moment that you might not have seen otherwise. Sometimes the less obvious locations provide the greatest images.

So there you have it, hopefully a few things to think about that you might not have considered before. The most important thing above all of those though is to stay safe and have fun! Go out there and capture some great images!!!